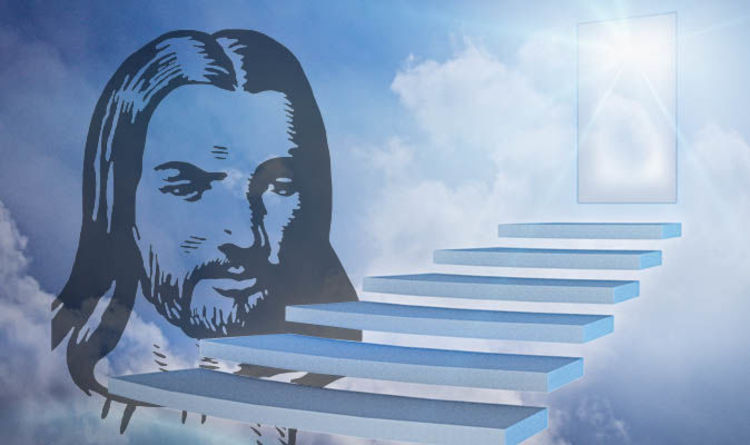 
The man said he spoke to God after he was left to die in a horrific knife attack in 1976, in which he suffered a punctured lung and internal bleeding.

The incredible account was shared by a man known as Michiel W with the Near Death Experience Research Foundation (NDERF).

Michiel claimed the brutal stabbing left him fighting for his life as a good Samaritan passerby rushed him to the hospital, when he claims he ‘left’ his body and felt the presence of God.

He said: “I could see the car below and then I became aware of the light.

“It was the biggest, brightest, most all-encompassing light ever.

“I have come to realise there is no shadow in His presence.

“I became very aware of people, vaguely familiar people from my past, but they moved by at a distance just beyond my recognition.

“I was being drawn into the light source as if in a tunnel.”

Michiel then said he heard the voice of God asking him if he was ready to move onto the afterlife or if he would rather continue living.

After he told God he was not ready to move on, the heavenly voice supposedly said: “Don’t worry, everything will be ok.”

Michiel is not the first person who has claimed to have seen or heard God on their deathbed.

A man who has claimed to have temporarily died, said he travelled through time and space, finding knowledge in the deepest darkest corners of the universe.

Another who also claimed to have almost died as a teenager said he felt “warm light and voices” as his soul began to leave his body.

A common thread throughout these bizarre stories is that none of these people claim to have died and returned to the living, but rather endured so-called Near Death Experiences (NDEs).

NDEs are typically associated with out-of-body memories, feelings of levitation, seeing light and hearing voices during moments of cardiac arrest and other forms of impeding death.

The science surrounding these events is inconclusive but points towards NDEs being misinterpreted as religious or spiritual.

A four-year-long study across 15 hospitals in the UK, US and Austria found about 39 percent of 140 patients who suffered cardiac arrest had vague memories of the time they were unconscious.

An analysis of the study conducted by NHS Choices concluded people on their deathbed might have simply retained some form of consciousness if their brain is oxygenated enough.

NHS Choices said: “Overall, this study provides no evidence to support the existence of an afterlife, merely that people near death may still have memorable experiences.”

You can read more about this study and other here: Life After Death: What happens when you die? What happens after death?

It has also been suggested the cocktail of chemicals released to the brain during death creates a “psychedelic experience” of sorts.

Dr Robin Carhart Harris, a professor at Imperial College London, co-published a study in which he said the chemical N,N-Dimethyltriptamine (DMT) could be the culprit behind NDE phenomena.

The study’s lead author, Chris Timmermann, said: “We can’t assess these claims directly by using a model but we can certainly ground such experiences in terms of brain activity.

“These are experiences that can be explored when people are not dead.”