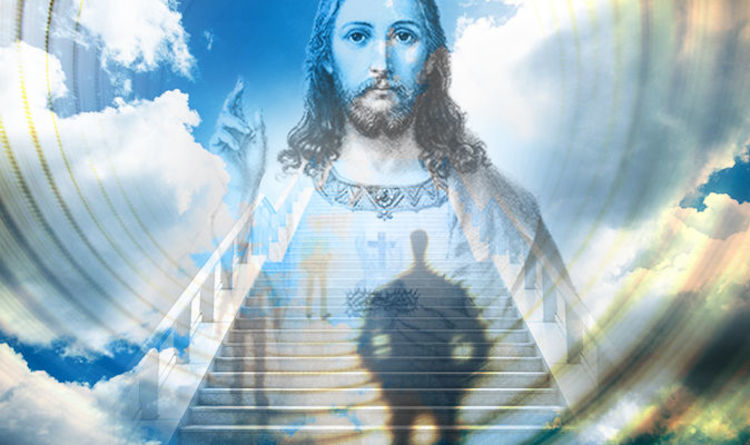 
The person who only gives his name as Charles says he now feels “sorry for anyone who says there is no God” as he believes he has seen the deity face to face.

Charles’ afterlife experience came when he suffered an aggressive heart attack one night, which saw him die twice and be resuscitated both times.

While he was technically dead, Charles says he saw God, Jesus and angels which carried him to his maker.

Writing on the website NDERF, which collects near death experiences, Charles said: “When I died, I entered into heaven. I couldn’t take my eyes off of what I saw. Angels had me underneath each arm, one on my left and one on my right arm.

“I was aware of their presence, but I couldn’t take my eyes off of what was in front of me.

“I saw a wall of the whitest of white clouds with a light emanating from them. I KNEW what was behind those clouds and I knew what the source of that light was, I knew it was Jesus!

“I saw Jesus riding the prettiest white horse I have ever seen.

“We got closer and HE looked over at us, held out HIS left hand, and said ‘It is not your time’.”

Charles says he was then transported back to his body by the apparent angels, but upon his return, he believes he stumbled into the afterlife again.

He wrote: “It was almost a carbon copy of the first experience. We were traveling through space at an amazing speed.

“The stars look like lines zipping past. The only thing different from the first time was when Jesus held out His hand.

“This time He said, ‘I told you that your time is not yet come.’ I felt like I was in trouble for coming back so soon.”

At the same time of his near death experience, Charles says his wife, who was 35 miles away, somehow knew something was wrong with Charles and she got “down on her knees and pray for me like she had never prayed for me before”.

His wife then rang his work phone to discover he was ill, and told him to get to the doctors immediately.

The doctors told him he had suffered a major heart attack and Charles had to undergo an emergency operation which went smoothly.