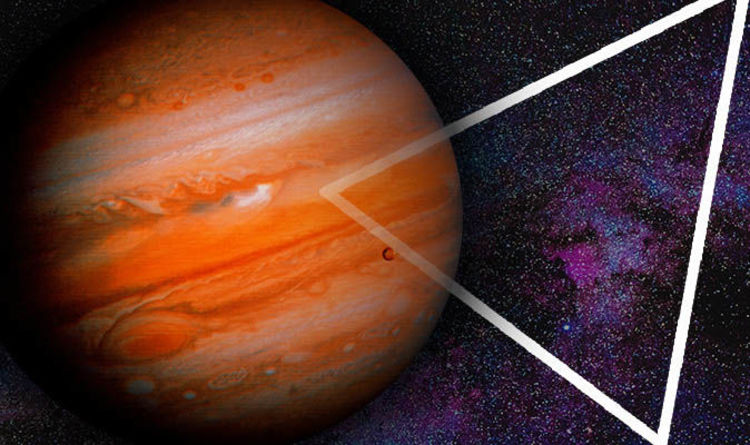 
Throughout history, mankind has found an excuse to look up at the night’s sky and wonder, but April might give us a special reason to look into space.

Jupiter, the gas giant and the largest planet in our solar system, will form a rare triangle between two other bright stars to create a spectacular show that will be visible to the naked eye.

Also called the Hilda group, after asteroid 152 Hilda, the stars will move in elliptical orbits following Jupiter to form a rough triangle shape.

Jupiter, being the brightest star of all, will be the focal point in the movement, making it visible all through the summer, from April to September.

The other two stars, Arcturus and Spica, will move collectively across orbit.

Across three successive orbits, each asteroid will reach each point of the triangle, painting the sky in bright colours.

A mere 36.7 light years away from the sun, Arcturus is the fourth brightest star in the sky.

Spica, on the other hand, is actually two stars but, given the distance of 260 light years from earth, it appears as one star to our eyes.

How to see Jupiter’s Triangle?

The light-show will begin around 11pm GMT, as the triangle forms east-southeast.

You can see the triangle throughout the night with no equipment needed. The formation is so bright you can see it with the naked eye.

You may be disappointed with tonight’s weather forecast, as cloud and rain are scheduled up and down the country throughout the night.

But remain hopeful, as breaks in the cloud can give you a glimpse of the formations way up above.

To give you a guide, the triangle will total around 38 degrees in length. If you hold our your fist at arm’s length, it will measure roughly 10 degrees.

Look east-southeast to find it.

If you miss tonight, then the triangle will continually change shape as Jupiter orbits us throughout the month.

Before July 11, Jupiter is orbiting towards Spica in what is known as a retrograde.

After July 11, the triangle will become narrow, before Jupiter changes direction and moves away from Spica before disappearing into the sunset.

This rare star formation will not appear again until 2013, making this a must-see event for stargazers.

You will get the best view if you move away from cities or areas with high light pollution.

10 Days After Its Launch, Orion Has Successfully Entered Lunar Orbit : ScienceAlert
These Mysterious Fungi Belong to an Entirely New Branch on The Tree of Life : ScienceAlert
The Science Behind Why You Sprain Your Ankle So Often, And What You Can Do About It : ScienceAlert
A Strange Thing Happens to Wolves Infected by Infamous Mind-Altering Parasite : ScienceAlert
Chilling Glimpse Into Our Future if We Survive Another Million Years : ScienceAlert