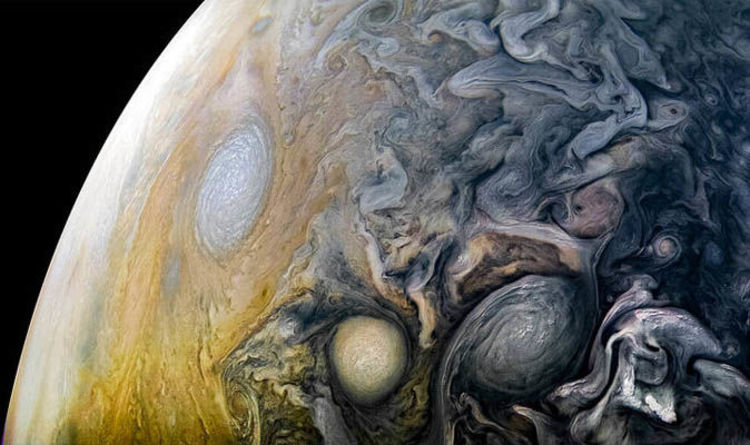 Storms on Jupiter feature clouds that stretch for thousands of miles

The intricate and watercolour-like cloud patterns on Jupiter were captured by Juno on Easter Monday.

The US spacecraft snapped the incredible photograph on its 12th flyby of the gas giant and then beamed them back to Earth.

The photograph was taken at a whopping distance of 7,659 miles (12,326 kilometres) above the planet’s surface in the northern hemisphere.

NASA’s Tony Greicius said of the image: “See intricate cloud patterns in the northern hemisphere of Jupiter in this new view taken by NASA’s Juno spacecraft.

“The colour-enhanced image was taken on April 1 at 2.32am PST (5.32 am EST), as Juno performed its twelfth close flyby of Jupiter.

“At the time the image was taken, the spacecraft was about 7,659 miles (12,326 kilometres) from the tops of the clouds of the planet at a northern latitude of 50.2 degrees.”

The mesmerising image is just one of the hundreds NASA goes through on a daily basis to present to the public.

On March 28 the US space agency shared an image titled ‘Abstract Jupiter Atmosphere’.

“The original image captures a close-up view of numerous storms in the northern hemisphere of Jupiter.

“To produce this artwork, Lundh selected a more contrasting part of one of Jupiter’s storms, then cropped the image and applied an oil-painting filter.” 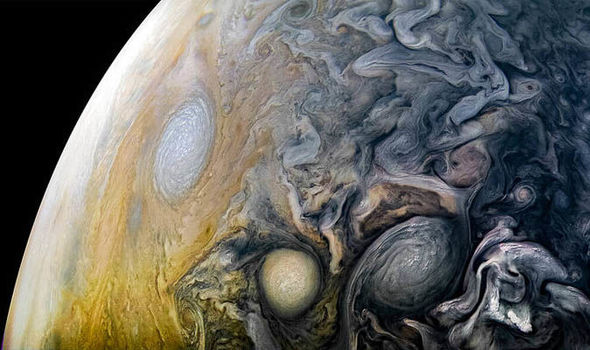 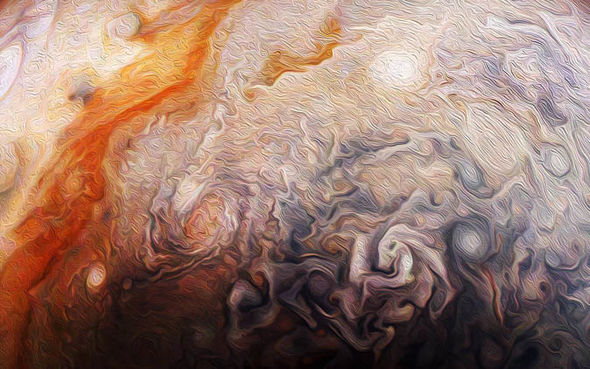 Jupiter: The Juno spacecraft was launched into space in 2011

Another JunoCam image processed in March, shows the gas giant bathed in an ethereal blue and green glow among the stars.

Captured at Jupiter’s south pole, the colour-enhanced photographed was taken on February 7, some 74,896 miles (120,533 kilometres) above Jupiter’s clouds.

The stunning image was processed by citizen scientist Gerald Eichstädt.

NASA said: “To make features more visible in Jupiter’s terminator — the region where day meets night — the Juno team adjusted JunoCam so that it would perform like a portrait photographer taking multiple photos at different exposures, hoping to capture one image with the intended light balance.

“For JunoCam to collect enough light to reveal features in Jupiter’s dark twilight zone, the much brighter illuminated day-side of Jupiter becomes overexposed with the higher exposure.” 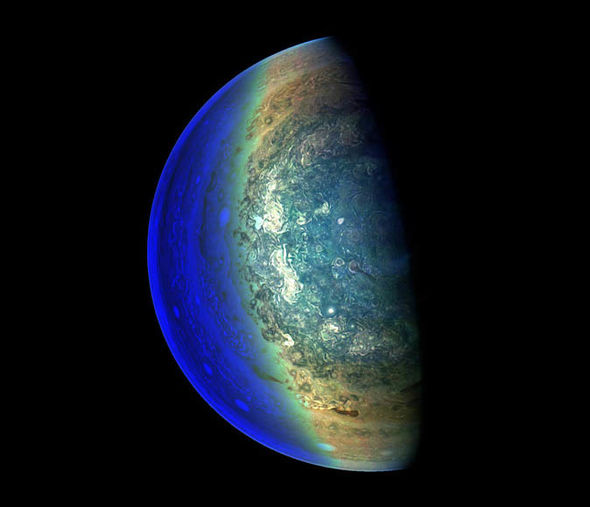 Jupiter: The gas giant is the fifth planet from the sun and the biggest in our system 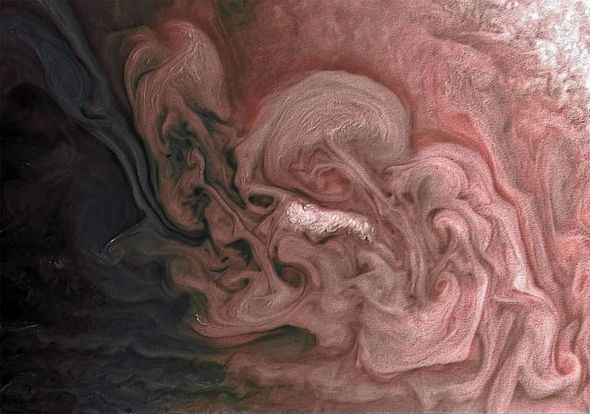 Jupiter: The images were processed by citizen scientists to aid NASA research

The Juno spacecraft blasted off from Earth on a solitary 365 million mile (588 million km) track towards the gas giant in 2011.

But it would take the spacecraft five years before it finally reached its destination in 2016.

NASA said Juno’s primary goal is to study the planet and expand out understanding of Jupiter’s formation and evolution.

Jupiter, the fifth planet from the sun and the largest in our solar system, has a volume of roughly 1,321 Earths. 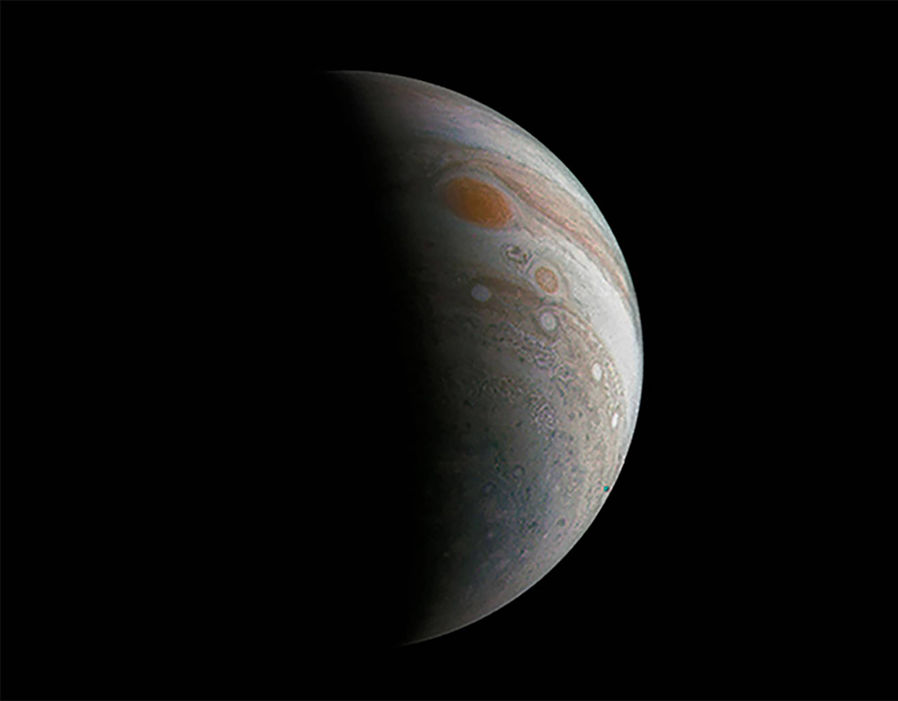 And despite being mostly made of swirling gases, the planet’s mass is about 2.5 times that of all the other planets in the system combined.

If you would like to try your hand at helping NASA in its effort to process JunoCam’s images, you can find the RAW image files here.

NASA publically invited everyone to download the images, process them and share them with the rest of the world.

The space agency said: “The types of image processing we’d love to see range from simply cropping an image to highlighting a particular atmospheric feature, as well as adding your own colour enhancements, creating collages and adding advanced colour reconstruction.”