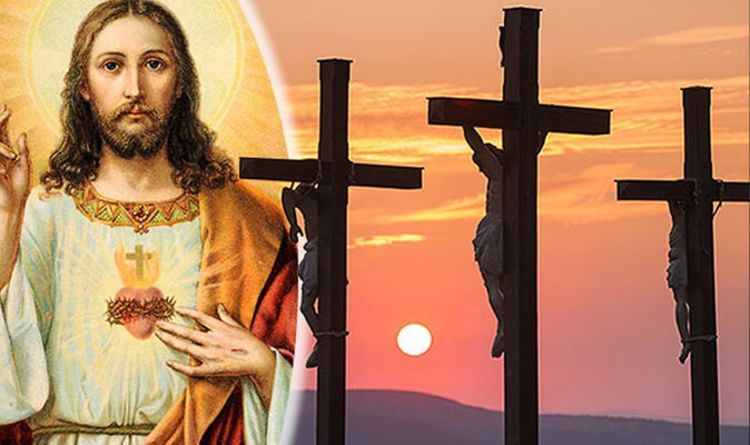 Francis Collins is an American physician-geneticist who discovered the genes associated with a number of diseases and led the Human Genome Project. By graduate school, Dr Collins considered himself an atheist, but at the age of 27, he experienced a “leap of faith” while hiking in the Cascade Mountains of North America. He explained in 2004: “I felt like ‘I cannot resist this another moment, this is something I have really longed for all my life without realising it, and now I’ve got the chance to say yes,’ so I said yes.”

In 2007, before he passed away, renowned atheist Christopher Hitchens featured in a two-hour special alongside Richard Dawkins, Daniel Dennett and Sam Harris, in the now-infamous ‘Four Horsemen’ debate, where he detailed Dr Collins’ story.

He said: “If I could make one change, and only one, mine would be to distinguish the numinous from the supernatural.

“There’s a marvellous quotation from Francis Collins who said while mountaineering one day he was so overcome by the landscape he dropped down to his knees and accepted Jesus Christ.

“He was a complete atheist before and it had never been suggested that Jesus created that landscape.

The scientist made a shock change in heart (Image: GETTY)

Francis Collins was an atheist before the experience (Image: GETTY)

“What we have in our emotions is the surplus-value of our personalities, the bits that aren’t particularly useful for our evolution, but do belong to us all the same.

“These don’t belong to the supernatural and are not to be conscripted or annexed by any priesthood.”

Dr Dennet then went on to try and provide his own explanation for the encounter.

He said: “It’s a sad fact that people, in a sense, won’t trust their own valuing of their experiences.

“They think it isn’t really as good as it seems unless it’s from God, unless it is some kind of proof of logic.

“It’s the moment that you forget yourself and become better than you ever thought you could be.

“But it doesn’t add anything to say ‘golly, that has to have been given to me by somebody even more wonderful.

Dr Hitchen went on to deliver a shocking blow to Christianity.

He said: “It’s a shortcoming in the human personality frankly because religion keeps stressing how humble it is and how meek it is, but it actually makes extraordinarily arrogant claims.

The Bible tells of miracles performed by Jeus (Image: GETTY)

I suddenly realised that the universe was all about me.

“I mean, come on, we can laugh at people over that I believe.”

n the Bible, the miracles of Jesus are supernatural deeds that include faith healing, exorcism, resurrection, control over nature and forgiveness of sins.

Many Christians take theword of Jesus to be true (Image: GETTY)

For many Christians these are seen as actual events, but others, including many liberal Christians, consider the stories to be figurative.

Two ancient documents, dated 48AD and 104AD discovered matched a testament given by Luke in the religious text, a documentary revealed.

Amazon Prime’s “Jesus: The Great Debate” uncovered documents showing that people like Joseph had been ordered back to the city of their birth – Bethlehem – by Emperor Augustus of Rome.

Lee Strobel, author of “The Case for Christ” told viewers how the document urged people to return to Bethlehem for tax reasons.

He said: “The truth is that modern archaeology has illuminated this issue in such a way that we can have great confidence that Luke was essentially accurate.

“In fact, we have an ancient document that’s dated 104AD that confirms that people who were living away from their provinces needed to return home for the census.

“We also have another document dated 48AD that confirms entire families were involved in this.

“And so we have documents which talk about the same kind of census that Luke records in the New Testament.”