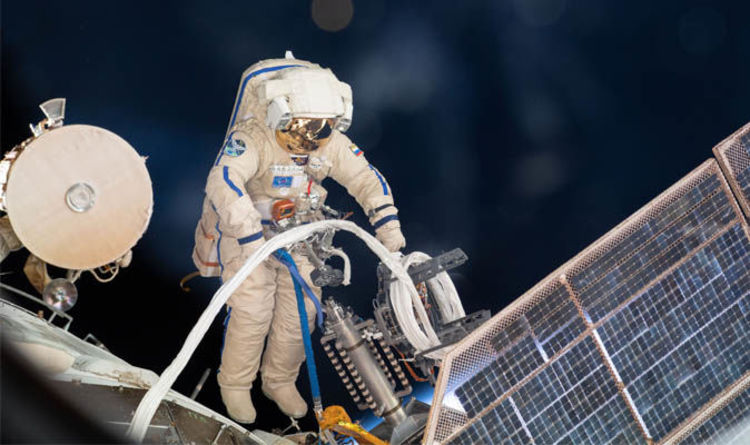 On Wednesday August 29, at around 7pm East Coast time (midnight UK time), ISS flight controllers were alerted to a pressure leak in the space station.

Both NASA and the European Space Agency (ESA) have confirmed the safety of the six crew members living on the space station.

The six astronauts were alerted to the breach on Thursday morning and repair procedures are now in effect.

NASA described the breach as “minute” and not dangerous enough to wake the astronauts from their sleep.

The ESA stressed the astronauts from the USA, Germany and Russia were in “no danger and were allowed to sleep as normal”.

NASA said in a statement: “About 7pm EDT Wednesday, International Space Station flight controllers in Houston and Moscow began seeing signs of a minute pressure leak in the complex.

“As flight controllers monitored their data, the decision was made to allow the Expedition 56 crew to sleep since they were in no danger.

“When the crew was awakened at its normal hour this morning, flight controllers at Mission Control in Houston and at the Russian Mission Control Center outside Moscow began working procedures to try to determine the location of the leak.”

A joint crew effort led the astronauts to discover a small breach in a Russian segment of the ISS.

NASA and the ESA estimate the astronauts still have weeks of air left in the ISS’ reserves.

A cause for the breach was not given but this is not the first time the ISS has suffered a leak.

In 2007 a small leak broke out in the US Harmony module.

The astronauts from ISS Expedition 55/56 and 56/57 are expected to return to Earth in October and December respectively.

The ISS is continuously manned by crews of astronauts on a rotation basis.