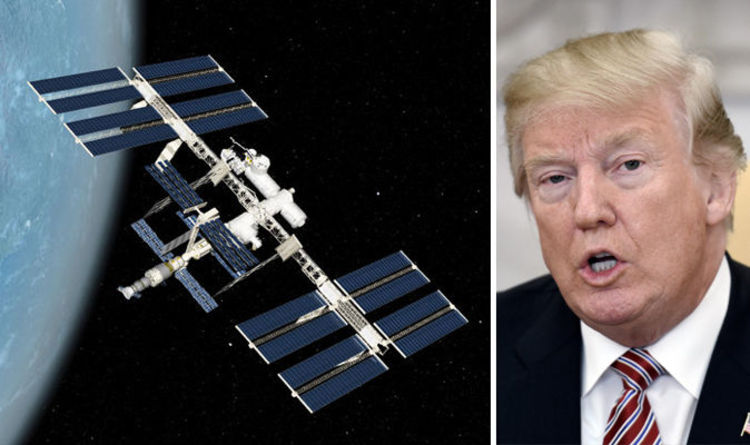 
Donald Trump’s administration could announce in their proposed budget that they intend to cease funding for operations to the ISS by 2025.

Scott Pace, Executive Secretary of the National Space Council, has said when the budget is released it will explain the US Government’s future plans for the ISS and other space operations.

Speaking last week he said: “Congress has asked for us to generate a transition plan and a direction, and that and the budget submit will be coming out soon.

“We want to utilise the space station as much as we can in the remaining time it has and we want to think about what we do next with our partners, both commercial and international.”

Over the past few years the US Space Agency has worked increasingly with commercial partners.

In one major project the organisation has teamed up with entrepreneur Elon Musk’s SpaceX.

The PayPal founder has been working on creating a rocket that could send humans to Mars.

NASA has also been working with Richard Branson’s Virgin to create commercial flights that would allow people to see Earth from the outer-atmosphere.

However, rumours that funding for the ISS may be scrapped have provoked outrage from some US politicians.

Senator Ted Cruz, who chairs the space subcommittee of the Senate Commerce Committee, said: “There are reports that the administration’s new budget would suggest that federal funding for the ISS would expire in 2025.

“I hope that those reports prove as unfounded as Bigfoot.

“We have invested massively in the ISS.

“It has produced enormous benefits to the United States and the world, and we should use that asset as long as it is technologically feasible and cost-effective to do so.”

Representative John Culberson, who chairs the subcommittee that funds NASA, has also given his support to continued ISS operations.

There have been some reports that rather than end missions to the ISS altogether, the Trump administration is planning to privatise the outer-space scientific base.

Neither the White House nor NASA have confirmed the plans.

Scientists Just Broke The World Record For The Most Powerful Stable Magnetic Field : ScienceAlert
Plants Have Been Keeping a Secret From Us About How Thirsty They Actually Are : ScienceAlert
Scientists Gave Young Mice The Blood of Old Mice. Then Things Got Weird : ScienceAlert
Why Do Kids Get Worms, And What Can You Do to Prevent It? : ScienceAlert
The Moon Stole Something From Deep Inside Earth Eons Ago, and Scientists Can Prove It : ScienceAlert