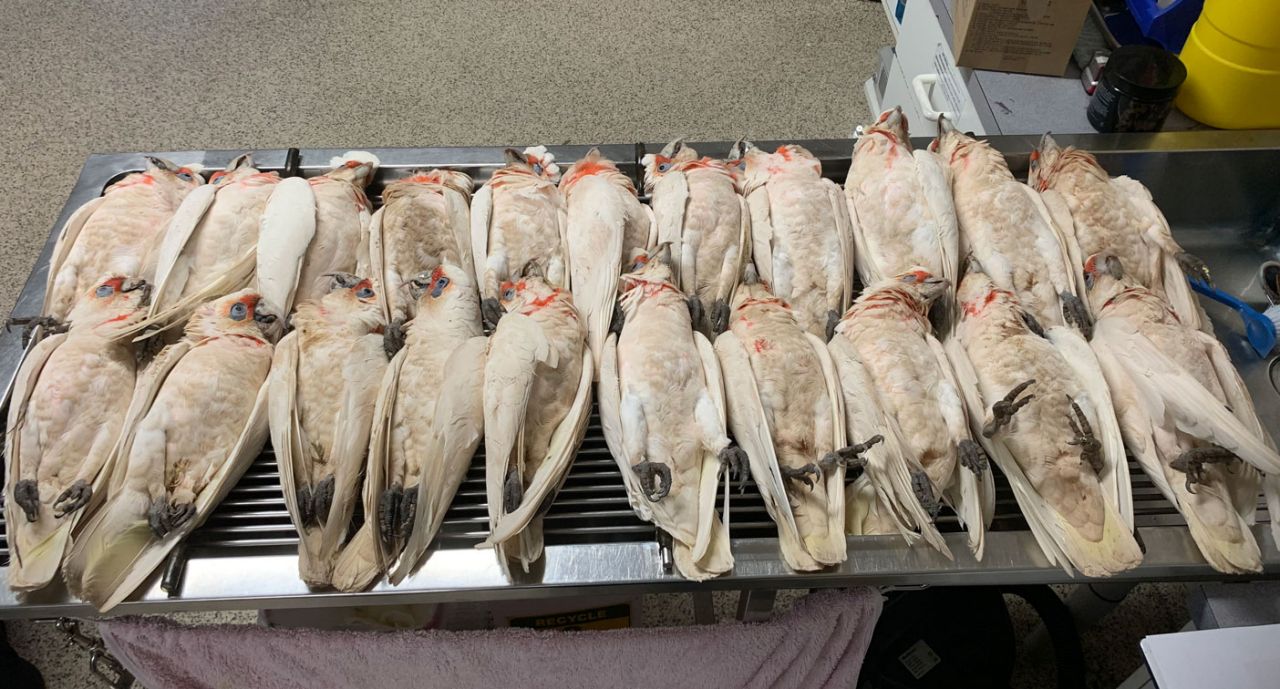 
Dozens of native corella birds fell from the sky in an Adelaide outer suburb bleeding from their eyes and beaks.

The more than 50 gravely ill birds began falling from the sky at a soccer oval in One Tree Hill, a suburb on the outskirts of Adelaide, about 2.30pm on July 14, 2019.

Volunteers from Casper’s Bird Rescue, founded by Sarah King, desperately tried to help the long-billed corellas, running to the oval and calling out for extra help on Facebook.

Ms King originally received a tip the birds had been shot, but vets working on the birds suspect they may have been poisoned. A conclusive necropsy has not yet been performed to detect poisons.

Children at a nearby school who were attending vacation care saw a number of the sick and dying birds bleeding from their eyes and beaks.

The volunteers took the birds to two different vets. The birds were suffering and vets were forced to euthanise most of the ailing flock.

Corella birds are considered “unmanageable” by the Alexandrina Council – a local government area that includes the Fleurieu peninsula and Kangaroo Island – who recently proposed a new plan to kill the birds by poisoning.

The council wrote to SA Environment Minister David Speirs, saying nonlethal methods to control the birds had failed, and the council should be allowed to use poisonous gas.

Yesterday in SA, a parliamentary inquiry was told the koalas, corellas, and other native animals were reaching unmanageable levels across the state and needed to be culled, poisoned and euthanised.

“Unless we act to manage the problem by culling abundant animals, there will not be a lot of other biodiversity in the state,” the Natural Resources Committee told the inquiry.

Long-billed corellas are a native Australian bird and a type of cockatoo. They are a light pink bird with a blue marking around their eyes. They are known to dig on ovals for roots and other food. They are considered a pest in the agricultural industry, as they can tear up crops and destroy powerlines.

While it’s possible these birds may have been poisoned, there have been numerous reports of birds falling from the skies often without explanation.