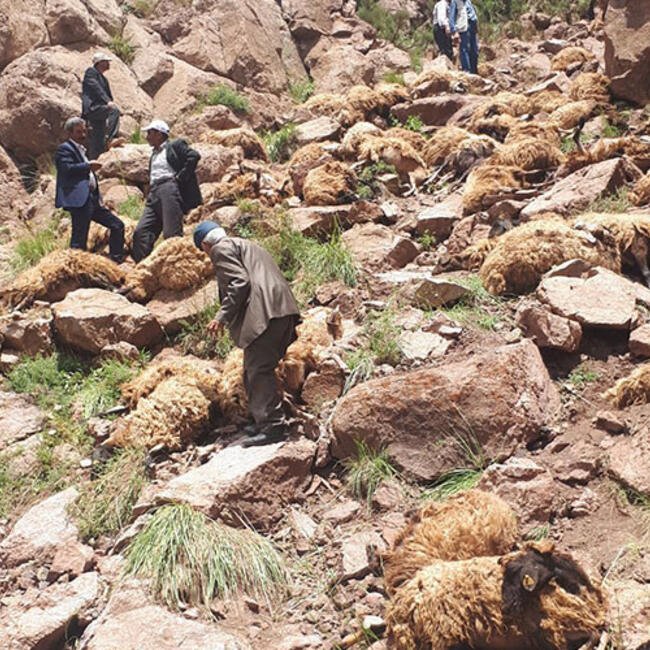 
500 sheep die in ‘mass suicide jump’ in the eastern privince of Van, Turkey.

This is one of the most brutal mass suicidal die-off ever.

One sheep reportedly jumped off a 20-meter high cliff and was followed by the others in the herd, which was grazing in the Topyıldız village of Van’s Gürpınar district.

The sheep that triggered the bizarre incident was reportedly trying to jump from one cliff to another in the early hours of June 12 in the Arebi-Krom plateau near the Yaprakli hamlet.

After the shepherd informed the sheep owners of the incident, villagers arrived at the scene to find the dead bodies of 500 animals.

The villagers sought help from the Gürpinar prefecture and the local directorate of agriculture and livestock, trying to identify their own sheep among the pile of dead animals.

We are completely shocked. We have lost 500 cattle here. We want support from the officials,” villager Ahmet Karataş said.

This video shows a similar sheep mass suicide in 2010 in Turkey again:

Well I doubt they have received any kinds of compensations. Insurances probably do not cover animal mass suicides.