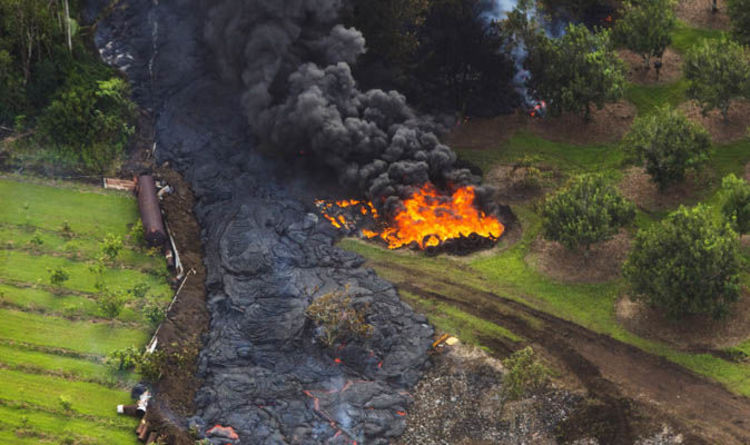 
After more than 50 earthquakes were recorded on Wednesday morning alone, fears are growing that a life-threatening eruption could be imminent.

A magnitude 4.2 earthquake in the Puna district, which shook the coast on Tuesday morning, has increased concerns over safety over thousands of residents living in the area.

Janet Babb, a Hawaiian Volcano Observatory geologist, said residents in the area should remain vigilant because “lava could break to the surface, and it could do so fairly quickly.”

She added that if an eruption did occur, it could be “pretty vigorous.”

The volcano sits to the southwest if of Kilauea, known as the Big Island, and is within a national park which is a popular with tourists and locals alike.

Tourists, tour companies and residents of the island are now being warned to avoid the area.

Magma has reportedly started to flow below Highway 130, a major road on the island that leads to the national park.

Kilauea’s mayor office has released a statement saying that government is preparing for a possible eruption, which could involve the evacuation of residents.

The USGS is currently ranking the volcano as colour code orange, meaning the threat potential is ‘very high’.

Follow our live updates of the volcanic activity here

When was the last time Kilauea erupted?

While this latest eruption is causing concern, the truth is that Kilauea has erupted almost continuously since 1983 at Pu‘u ‘Ō‘ō and other vents along the volcano’s East Rift Zone.

The volcano, whose name means ’spewing’ in the Hawaiian language, has historical records of activity dating back to around 1820.

It has been the site of 61 separate eruptions since then, making it one of the most active volcanoes on earth, if not the top of the list.

Kīlauea is in fact the youngest volcano on the Island of Hawaii.

The volcano is the home of Pele, the Hawaiian volcano goddess.

Hawaiian mythology tells in of many eruptions created by the angry goddess long before the Western discovery of the island in the 1820s.

Octopus Brains Evolved to Share a Surprising Trait in With Our Brains : ScienceAlert
Scientists Glimpse Incoming Asteroid Just Hours Before It Makes Impact : ScienceAlert
A Tobacco Plant Has Been Engineered to Produce Cocaine in Its Leaves : ScienceAlert
Study Attempts to Unravel The Best Ratio of Land to Ocean For Exoplanet Habitability : ScienceAlert
Forests at Risk of Burning an Extra 30 Days a Year Without Climate Action : ScienceAlert