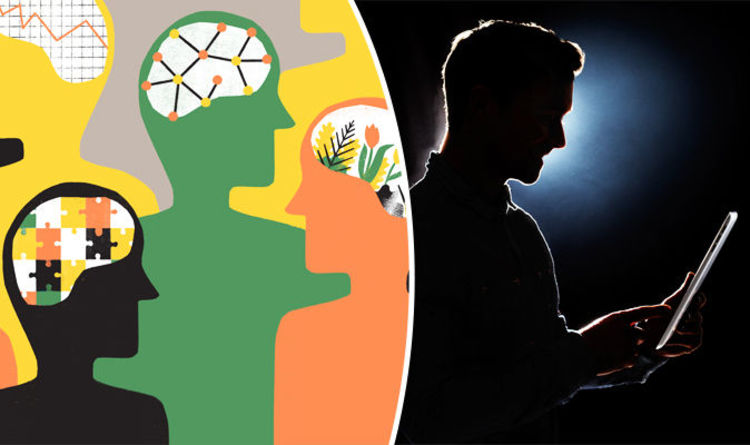 
Professor Digby Tantum, a Clinical Professor of Psychotherapy at the University of Sheffield, believes language only plays a part of how humans communicate with each other.

He argues the brain is working hard to pick up small micro-signals that communicate what a person is thinking.

It explains how people often have “gut feelings” about people or situations despite not being able to logically pinpoint why, according to Mr Tantum.

Prof Tantum described the phenomenon as “the interbrain”.

He added: “We can know directly about other people’s emotions and what they are paying attention to.

“It is based on the direct connection between our brains and other people’s and between their brain and ours. I call this the interbrain.

“One of its advantages is that the connection exists in the background. We take it for granted unless it is brought to the surface of our minds.

“People with autism have little or no interbrain connection. They are often able to pick up or learn what expressions mean and yet that doesn’t seem to solve the problem of that lack of human connection.”

Prof Tantum believes the inter brain may be the reason behind why commuters find it hard to maintain eye contact on busy trains, as too many people overloads the brain with too much subliminal information.

He also argues that the interbrain is the reason behind why people are attracted to religions or feel the need to come together in huge crowds at concerts and sporting events.

The psychotherapy professor added: “The experience of transcendence is one and this might be the root of spirituality and indeed what many people would consider the meaning of life,” he said.

“Being in crowd mode may also make us experience what it would be like to transcend out perspective, our time, our place and our capacity, to feel for a moment, like a driving being.”

However, Prof Tantrum thinks the internet may be damaging for methods of communication that evolved over millions of years.

He said: “The face looking at you in the video chat is the face of someone seconds before.

“Even if you and they have excellent bandwidth connection it is their face milliseconds before.

“Emotional contagion occurs at the speed of light, not the speed of electronic transmission. Face-to-face visual input is accompanied by sound, by gesture, by the smell of sweat, by the possibility of touch, and by a connect.

“So what is lacking in this vast network is an inter-brain connection between its human participants.”