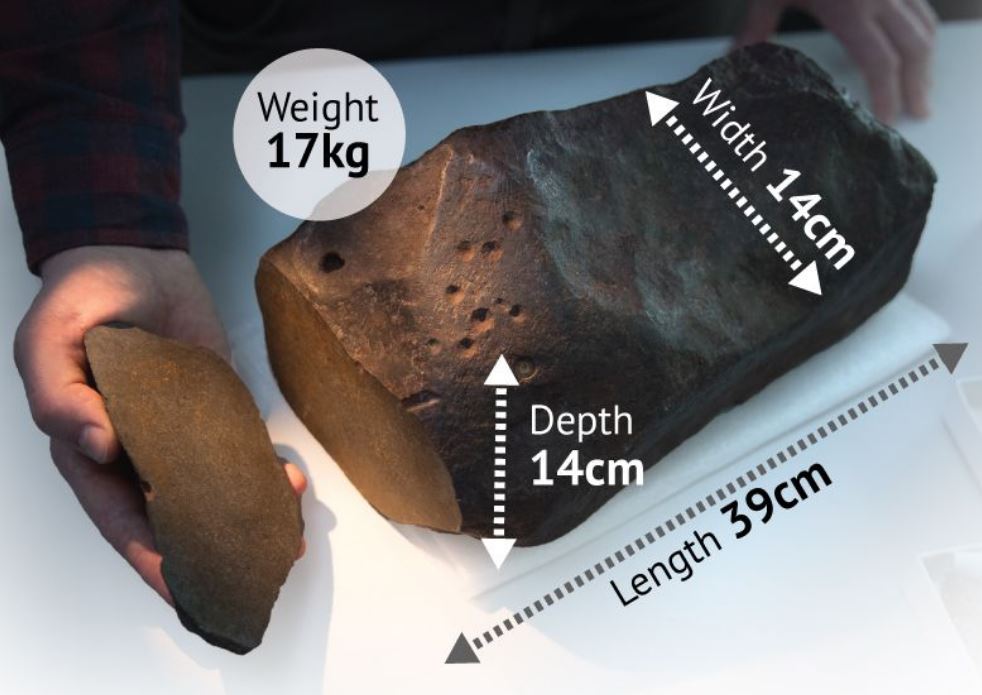 
Back in May 2015, an Australian prospector set off to scour the Maryborough Regional Park in search of his fortune.

And instead of striking gold, he digged the second largest meteorite ever found in the state of Victoria: The Maryborough meteor, weighing an impressive 17 kilograms (37.5 pounds).

Mr Hole stumbled upon the large meteorite while digging for gold near Melbourne, a region known for its large gold nuggets. Hoping to find the precious metal inside the rock, he later tried to disintegrate the rock with acid, without success.

After a few hours of unfruitful work and baffled by the rock solidity, he decided to take it to the Melbourne Museum. There it was identified as a H chondrite meteorite, the most common type of space rock found on Earth.

The meteorite has been named Maryborough after the place where it was found. Carbon dating suggests it landed 100 to 1,000 years ago.

The large chunk of meteorite weighs 17 kilograms (37.5 pounds) and represents the second largest meteorite found in the state of Victoria. Awesome!