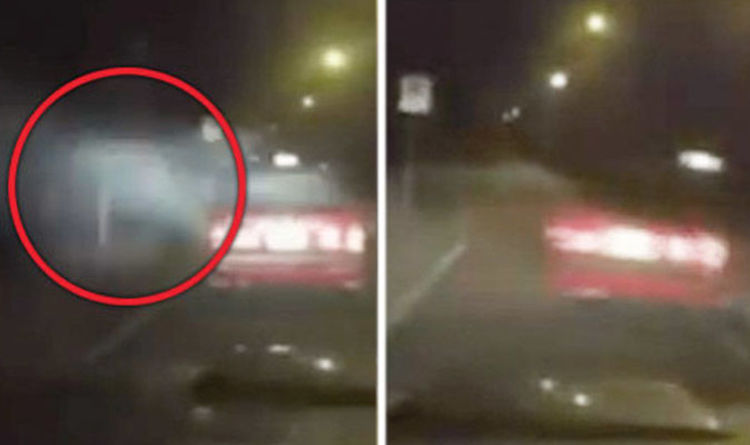 
However, suddenly, after the taxi turns a corner, a large white mist-like figure appears from nowhere before quickly appearing to strike the vehicle.

The cab then swerves from the road, crashing into a tree.

The footage was recorded in Hong Kong before being shared online.

It was uploaded to YouTube channel The Hidden Underbelly 2.0.

Viewers have been left amazed by the alleged paranormal incident, Dailystar.co.uk reports.

One posted on YouTube: “I wonder what the driver would have to say?”

Another said: “I would love to know what happened to the occupant of the car too – did they die, survive, have any recollection of what transpired?”

A third said it appeared a paranormal event, saying: “Looks like a demonic attack… very weird.”

This video comes after footage emerged that apparently showed a ghost standing in the middle of a motorway in Singapore.

There have been a series of alleged ghost activity videos to hit the internet this month.