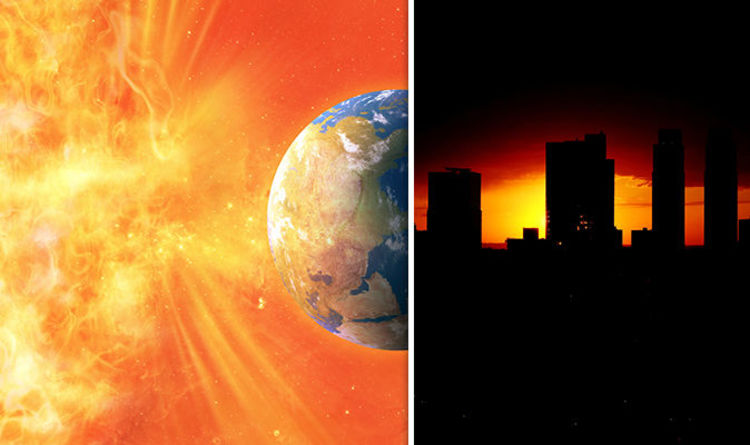 
The storm, due to hit on Friday January 19, is caused by gaseous material flowing from a hole in the sun’s atmosphere – ejecting a stream of solar wind.

The G1-class storm is the mildest on the NOAA space weather scale, however could still cause “weak power grid fluctuations”, “minor impact on satellite operations” and effects on migratory animals.

Skywatchers meanwhile cold catch a glimpse of beautiful lights in the sky, with auroras potentially visible in the evening.

Geomagnetic storms are feared for their ability to affect electrical power across the world, with a G-5 category storm capable of widespread voltage control problems, protective system problems, the complete collapse of grid systems and damage to electrical transformers.

A G-5 storm could also cause damage to radio waves, causing chaos to the very fabric of society by knocking out phone communications and the internet.

The largest recorded geomagnetic storm in history occurred in 1859 and is called the Carrington Event, or sometimes the 1859 Solar Superstorm.

It disrupted telegraph systems throughout Europe and North America and auroras were seen in many parts of the world.

In 2015, the Government published a report into the risks to the UK of severe space weather such as a solar storm.

It said an event such as a coronal mass ejection could wreak havoc across the world.

The report said: “ Where such activity is directed towards Earth there is the potential to cause wide-ranging impacts.

“These include power loss, aviation disruption, communication loss, and disturbance to (or loss) of satellite systems.

“This includes Global Navigation Satellite Systems on which a range of technologies depend for navigation or timing.”