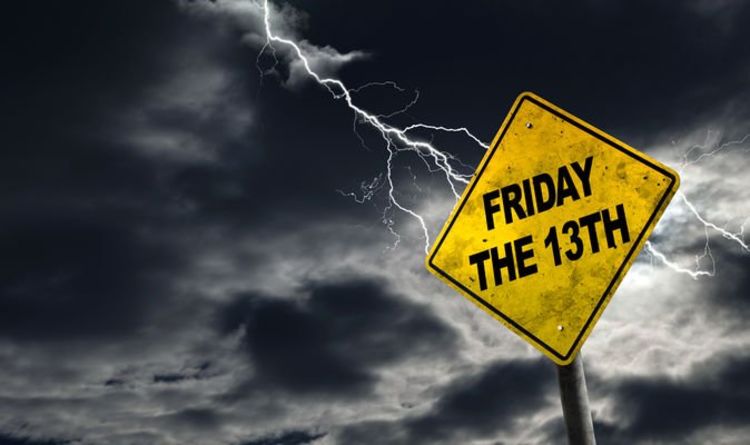 
Friday 13th falls again this week, a portentous period commonly associated with bad luck. Two Friday 13ths arrive this year: September 13 presents the first one, while the second arrives on December 13. Some people continue to be nervous on this day – but why?

The superstition surrounding Friday 13th is believed to originate with the Last Supper.

The Last Supper was attended by Jesus Christ and his 12 disciples – making 13 people – on Maundy Thursday, the night before his crucifixion by Roman soldiers on Good Friday.

The number 13 is therefore associated with Christ’s betrayer Judas Iscariot and is consequently considered as imperfect compared with 12, representing the annual number of months.

The union of day and date has also been traced back to France’s King Philip IV, who arrested hundreds of Knights Templar on Friday, October 13, 1307.

The Catholic Church alleged new recruits to the order were being forced to spit on the cross, deny Christ and engage in homosexual acts during initiation ceremonies.

The baseless claims are now considered to provide a convenient context for Philip to persecute the wealthy and waive debts he owed them following years of war with England.

The knights were charged with corruption and worshipping false idols, following confessions obtained under torture.

Many of the knights were later burnt at the stake in the French capital Paris.

The order’s Grand Master, Jacques de Molay, faced the flames in front of Notre Dame Cathedral and is said to have cried out a curse on those who had so gravely wronged them.

He is claimed to have said: “God knows who is wrong and has sinned. Soon a calamity will occur to those who have condemned us to death.”

According to tradition, the events initiated by the holy warriors’ arrest ensured each subsequent Friday 13th resulted in universal bad luck.