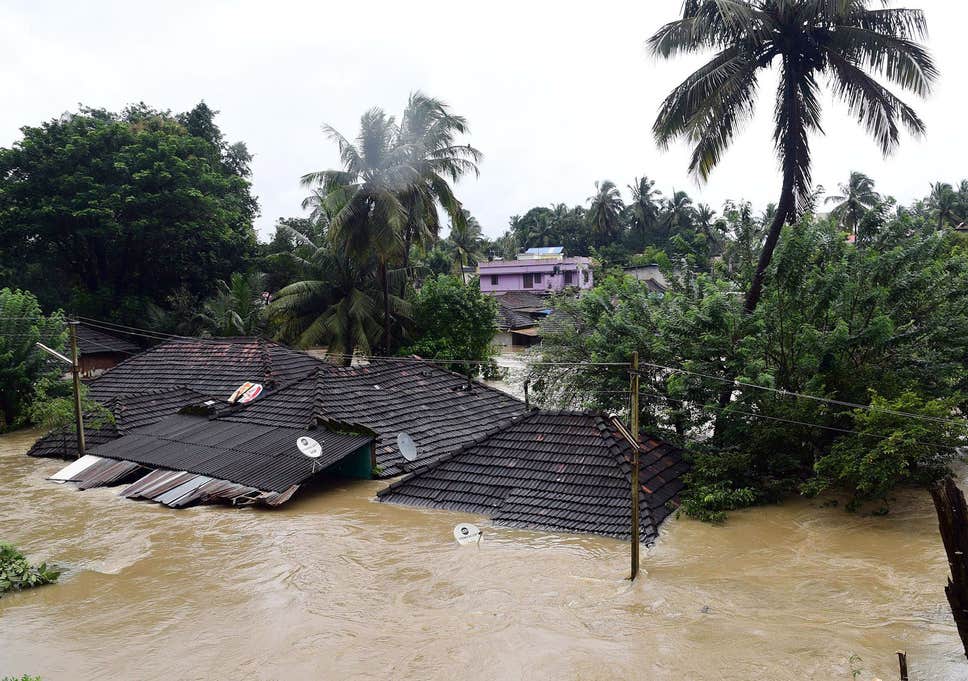 
It’s not even mid Ausgust…

But according to official numbers, floods and landslides have killed more than 270 people in India this month, displaced one million and inundated thousands of homes across six states.

The rains from June to September are a lifeline for rural India, delivering some 70% of the country’s rainfall, but they also cause death and destruction each year.

The southern states of Kerala and Karnataka, and Maharashtra and Gujarat in the west, were among the hardest hit by floods that washed away thousands of hectares of summer-sown crops and damaged roads and rail lines.

At least 95 people were killed and more than 50 are missing in Kerala, where heavy rainfall triggered dozens of landslides last week and trapped more than 100 people.

About 190,000 people are still living in relief camps in the state, said Chief Minister Pinarayi Vijayan, but he added some people are returning home as flood waters recede.

In neighboring Karnataka, home to the technology hub Bengaluru, 54 people died and 15 are missing after rivers burst their banks when authorities released water from dams.

Nearly 700,000 people have been evacuated in the state.

In Maharashtra, which includes the financial capital Mumbai, 48 people died but flood waters are receding, said a state official.

In Gujarat, 31 people died in rain-related incidents, while landslides killed nearly a dozen people in the northern hilly state of Uttarakhand.

Heavy rainfall is expected in parts of Karnataka, Maharashtra and Gujarat, as well as the central state of Madhya Pradesh, in the next two days.

While Chennai is completely dry, Mumbai is now trying to restore electricity and drinking water supplies.