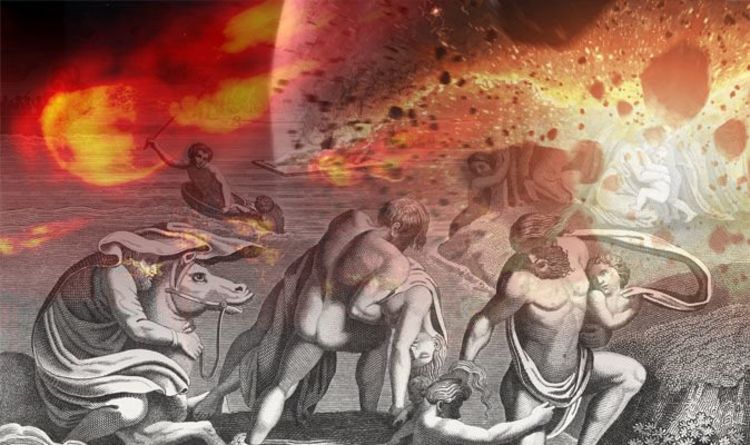 
As anyone that reads the Bible knows, the tribulation will be a terrible time. It predicts many horrifying things – including earthquakes, volcanoes, great plagues, demonic powers and the Antichrist ruling as people die by the millions.  Jesus himself warned that it would be the greatest judgment that the world has ever had, according to Matt. 24:21.

The Bible describes events and conditions that would mark “the conclusion of the [current] system of things,” or “the end of the world”.

The Bible calls this time period “the last days” and the “time of the end,” or “end times”, and clearly teaches that society will degenerate.

Jesus said that as lawlessness increases, “most people’s love will grow cold”.

He stated that in this hostile atmosphere, many professing Christians will “fall away” and proceed to cooperate in the persecution of their former brothers and sisters in Christ.

Paul indicates the same thing when he says that people will be “haters of good” and that they will therefore be “brutal” and “reckless,” reviling those who stand for righteousness, in Timothy 3:2-4.

The Bible also says that the end times will be an age of deception.

According to Matthew 24:24: “For false Christs and false prophets will arise and will show great signs and wonders, so as to mislead, if possible, even the elected.

It is also believed that people will experience the breakdown of their family, leading to groups who have “no natural affection” and children who are “disobedient to parents”.

The Book of Timothy states: “For men will be lovers of themselves, lovers of money, boastful, haughty, blasphemers, disobedient to parents, unthankful, disloyal, having no natural affection, not open to any agreement, slanderers, without self-control, fierce, without love of goodness.”

However, the Bible does not state when the end times will occur, Matthew 24:44 states: “Therefore you also must be ready, for the Son of Man is coming at an hour you do not expect.”

Bumblebees Bite Plants to Make Them Bloom, Scientists Find
Dinosaurs Turned to Cannibalism in Hard Times, Fossil Evidence Shows
The Mysterious Anomaly Weakening Earth’s Magnetic Field Seems to Be Splitting
The Dinosaur-Killer Asteroid May Have Hit Earth at ‘Deadliest Possible’ Angle
Many Astronomers Now Think Planet Nine Might Not Exist After All, Here’s Why