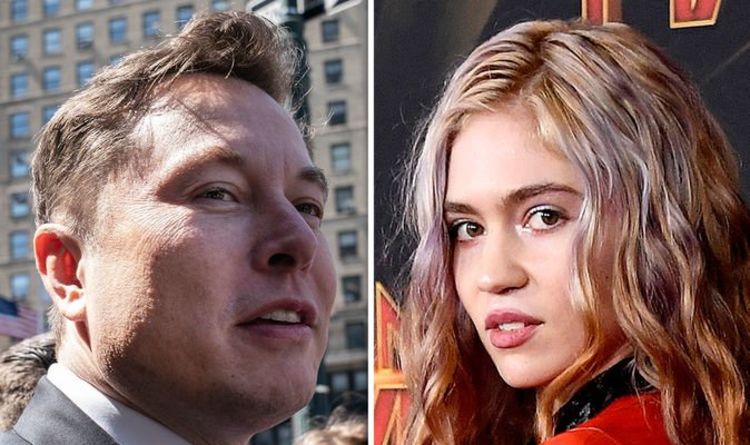 
The 31-year-old, born Claire Elise Boucher, made the startling revelation in a post to promote her collaboration with Adidas. The singer claims he made the polymer herself in a lab. Grimes described her training regime as a “360 approach” which involves 2-4 hours a day in a “deprivation tank” which she said allowed her to “astro-glide” to other dimensions after taking a plethora of supplements to “maximise the function of my mitochondria”.

As the Daily Mail reported, the post said this was followed by an hour or two of sword fighting, weight training and a 45-minute inclined hike.

Grimes also claimed she filtered her studio with “the highest grade of red light” and she likes to scream there for 25 minutes while boiling honey tea.

While Grimes may have been joking when she made the claims, ophthalmologists voiced concerns over her eye surgery, which she said was “a means to cure seasonal depression”.

Dr Morris Waxler, a former FDA research scientist, said: “Whatever this surgery it is unnecessary and a terrible idea, Goggles, medications, and time scheduling of exposure to sunlight should be sufficient to treat seasonal depression. Why would any ethical surgeon perform any such surgery is beyond me? I hope this is someone’s bad joke.”

Dr Waxler warned that laser eye surgery has previously been linked to suicide.

However, he admitted he was uncertain if this surgery carries the same risks: “I have no idea how deep they are cutting into the cornea or what exactly these butchers are doing.”

Season affective disorder is reported to affect 3 million Americans a year and is triggered by decreasing daylight hours.

Direct sunlight can have a positive effect on the brain and blue light – emitted by electronic devices and travelling on the blue wavelength – can boost attention and mood during daytime but can confuse muscles and synapses during the night.

Grimes was born in the Canadian city of Vancouver and Mr Musk has dual nationality in South Africa, Canada and the United States.

They have been in a relationship since last year.

The couple met after they made similar puns on Twitter on the baroque architectural style Rococo and the Roko’s basilisk thought experiment.

An Expert Explains Why The Radioactive Water Stored at Fukushima Should Be Released : ScienceAlert
Mysterious ‘Zone of Uncertainty’ Inside The Brain Reveals a Surprise : ScienceAlert
Dogs Can Be Aggressive For Lots of Reasons, And One of Them Is You : ScienceAlert
Lightning Strikes Create a Strange Form of Crystal Rarely Seen in Nature : ScienceAlert
Newly Discovered Fossil Reveals Hundreds of Teeth ‘Never Seen Before in a Pterosaur’ : ScienceAlert