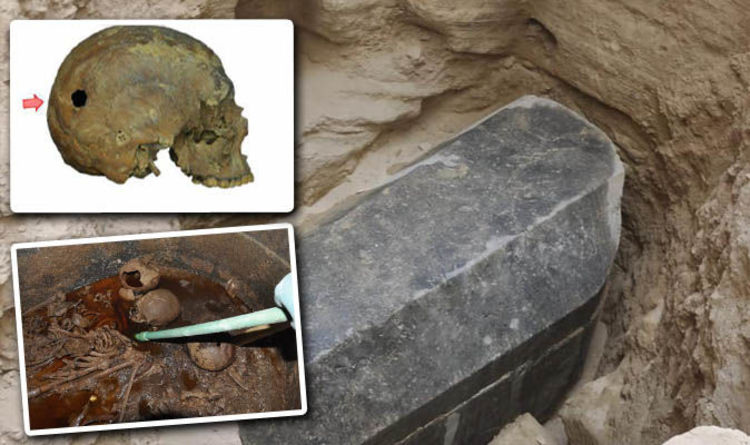 For more than a month, the world waited for answers as authorities in Egypt pieced together the puzzling mystery of the ancient sarcophagus and the three bodies inside.

Researchers have now found at least one of the remains was subjected to one of the oldest and most painful brain surgery techniques in history – trepanation.

The 2,000-year-old black granite coffin was accidentally discovered by a construction crew in the city of Alexandra, north Egypt, last July.

The ominous sarcophagus sparked an immediate wave of warnings and panic from people who feared the sarcophagus was cursed.

Some feared the three-tonne object contained an ancient disease, while others claimed opening it would bring about the end of the world.

The Egyptian Ministry of Antiquities, responsible for the handling of the relic, went ahead with opening the tomb only to reveal the rotten bones of three people sloshing around in a vile red liquid.

An online petition was launched immediately, with more than 32,800 signatories by August 22, demanding people were given a chance to assume whatever powers may be contained in the repugnant cocktail by drinking it.

The Ministry of Antiquities has now revealed it has concluded its preliminary analysis of the corpses and the results are pretty macabre.

What happened to the mummy in the black sarcophagus?

By analysing the pelvic bones and skulls of the three people inside, the archaeologists concluded the coffin was shared by two young men and a young woman.

The three bodies appeared to be stacked on top of one another, suggesting the remains were not buried at the same time.

But the most grim piece of information revealed concerns a substantial puncture wound in the back of the second man’s skull.

Archaeologists initially assumed it was caused by an arrow.

But a closer look at the wound indicates the injury may be the result of ancient brain surgery.

The bone around the edges of the hole suggests the wound healed before the man died sometime between the age of 40 and 44. 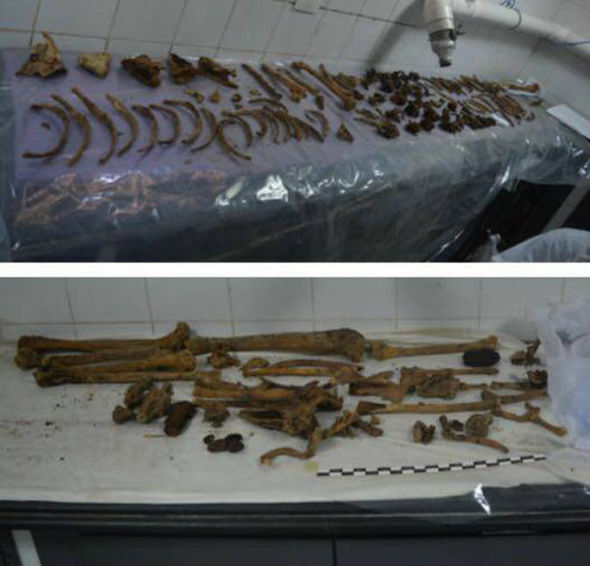 Egypt sarcophagus: The remains inside belonged to a woman and two young men (Image: MINISTRY OF ANTIQUITIES)

Zeinab Hashish, Department of Skeleton Remains Studies at the Egyptian Ministry of Antiquities, said: “This means that the cavity might be a result of trepanation.

“This surgery is the oldest surgical intervention ever known since pre-history but was rare in Egypt.”

Trepanation is a surgical procedure which was popular throughout the ancient world. 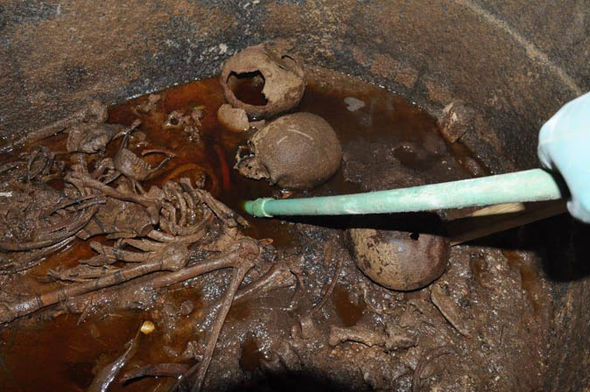 Trepanning the skull involves puncturing or drilling into the skull of a live patient to relieve pressure, release evil spirits or to cure mental disorders.

Whatever the purpose of the carried out trepanation, the crude procedure would have likely been incredibly painful to the patient.

The Egyptian Ministry also addressed the red colour of the liquid inside the sarcophagus.

The revolting liquid was likely the result of well water seeping into the coffin and mixing with the decomposing remains for a long period of time.

When the archaeologists first lifted the lid on the coffin, the smell that emerged was so bad the area had to be aired out for a whole hour. 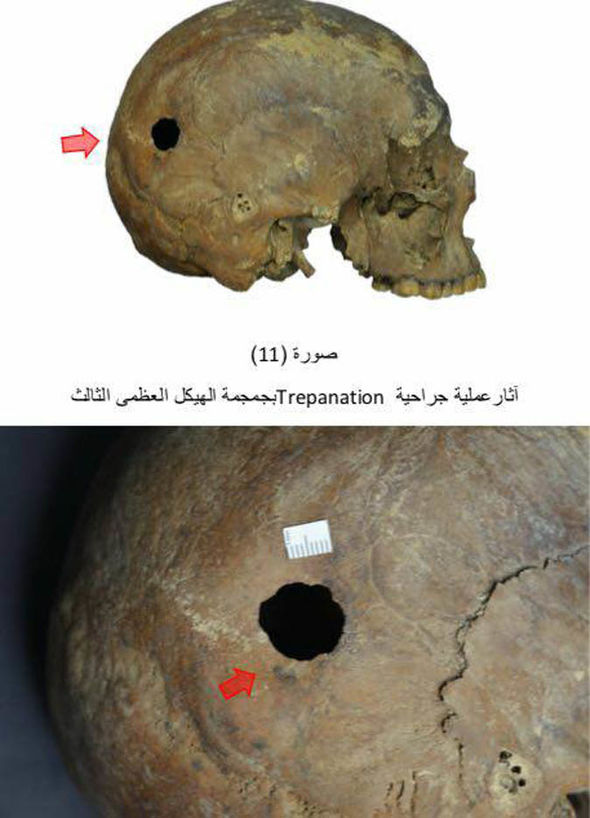 Egypt sarcophagus: One of the skulls showed evidence of trepanation (Image: MINISTRY OF ANTIQUITIES)

The scientists will continue to study the remains by carrying out DNA analysis and CT scans.

Thankfully it appears as though opening the sarcophagus did not unleash any ancient curse on the world.

Mostafa Waziri, secretary-general of the Supreme Council of Antiquities, said: “I was the first to put my whole head inside the sarcophagus and here I stand before you. I am fine.

“We’ve opened it and, thank God, the world has not fallen into darkness.”

There Are New FDA Safety Warnings About Breast Implants. Here’s What We Know : ScienceAlert
A New FRB Signal Has Buzzed Nearly 2,000 Times in Just Two Months, Raising a Mystery : ScienceAlert
Wolves Really Can Become Attached to Humans Like Dogs Can, Adorable Study Finds : ScienceAlert
The Remains of This Recently Found Ancient Structure Are Even Older Than The Pyramids : ScienceAlert
The Frogs Vanished, Then People Got Sick. This Was No Harmless Coincidence. : ScienceAlert