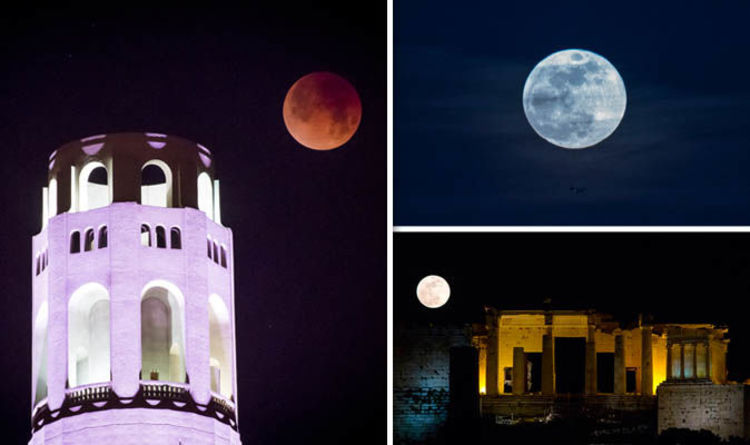 The super blue blood moon was the product of three different phenomena, each on their own exciting but joined together make an event that was last seen 152 years ago.

The supermoon actually began on Tuesday but peaked on the night of Wednesday, January 31, where it appeared larger and brighter in the sky.

But in the UK we experienced only a super blue moon, as we were unable to see the red hue due to the lunar eclipse occurring in daylight hours.

Even so, the supermoon presented a glorious nighttime scene in the UK.

How long will the supermoon last in the UK and USA?

The supermoon actually began on the night of Tuesday January 30 when it reached the closest point to Earth in its orbit.

However, the supermoon peaked on the night of January 31, when it became a supermoon and appeared 14 percent bigger and 30 percent brighter in the night sky.

According to Dr Gregory Brown, an astronomer at the Royal Observatory Greenwich, the moon will remain high in the sky until around 8am on Thursday, February 1, shortly after the time of the moonset.

He said: “It will be high in the sky from about 7pm [Wednesday] and will be at its highest and thus best time, at around 00:40.

“This coming full moon is unusual in that it is the second full month of the month when typically there is only one full moon per calendar month.

The full eclipse ended at 4.08pm GMT on Wednesday, January 31 when the moon left the Earth’s penumbra (outer shadow).

In the US viewers were fortunate enough to witness the super blue blood moon, as a lunar eclipse was visible in the western hemisphere. 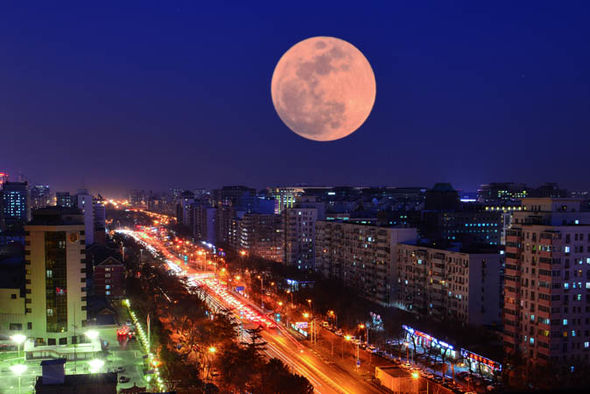 Eclipse 2018: The super blue blood as seen from China 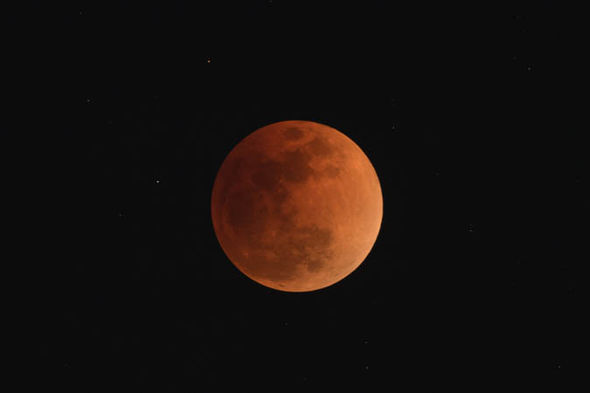 But those on the west coast had a better view and longer view of the red-tinted moon, as it appeared earlier in the night sky and they were able to see most or all of the lunar eclipse phase before dawn.

The supermoon remained in the sky until moonset at the following times in the US (all local times): 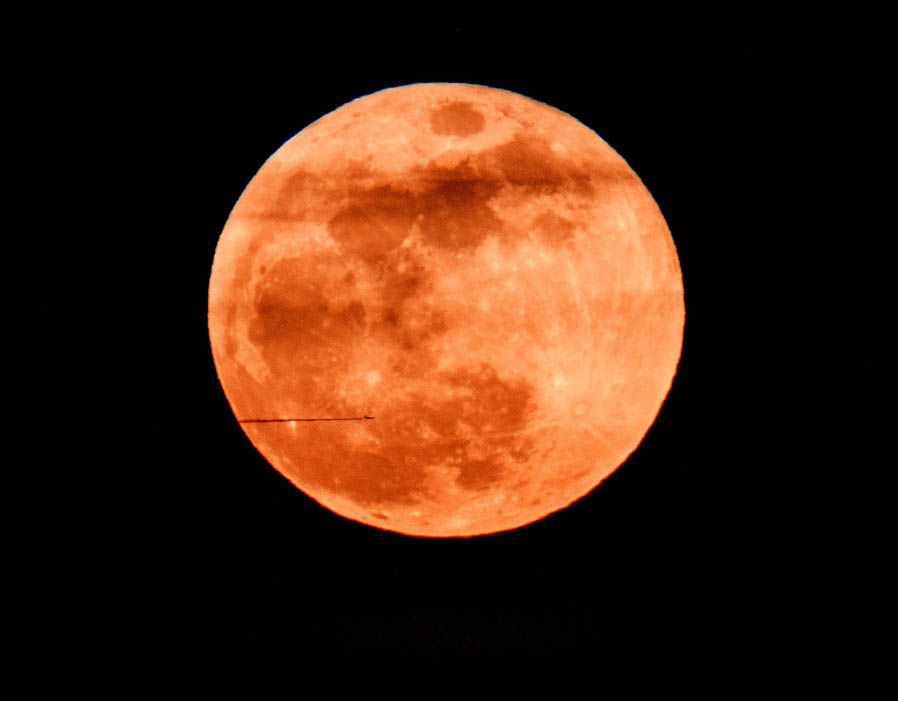 A plane fly in front of the Super Blue Blood Moon during rising above the city of Skopje, The Former Yugoslav Republic of Macedonia 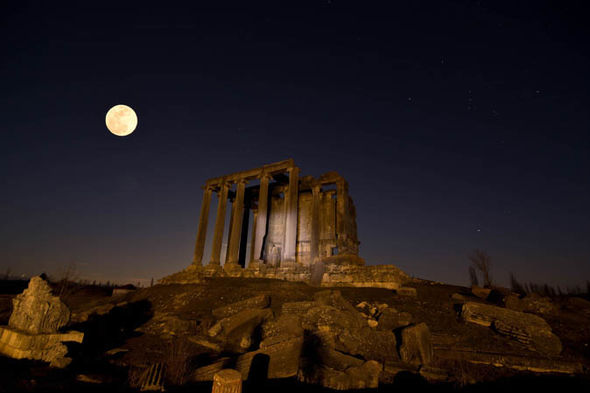 Eclipse 2018: A super moon appears larger and brighter in the sky

Following the spectacular sight of the rare super blue blood moon on January 31, the next supermoon may not look as stunning in the sky.

A supermoon is fairly uncommon sight, occurring every 14 lunar months or full moons, so it is a lunar event to look forward to.

The January 31 supermoon was the final in a so-called ‘supermoon trilogy’, the first one occurring in early December and the second falling on New Year’s Day. 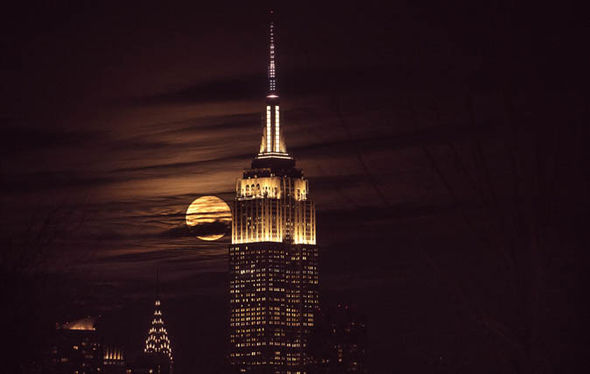 In 2018, there will be a series of new moon supermoons, but these will be invisible to the eye, as new moons are generally obscured by the light of the sun.

Last year we experienced four supermoons, although three of these were new moons falling on April 26, May 25 and June 24.

Deep-Sea Sponges Can ‘sneeze’ Out Mucus, and The Footage Is Weirdly Mesmerizing : ScienceAlert
Robot Shows It’s Possible to Swim Through The Emptiness of a Curved Universe : ScienceAlert
This Artificial Synapse Can Run a Million Times Faster Than Ones in The Human Brain : ScienceAlert
Scientists Gave Young Mice The Blood of Old Mice. Then Things Got Weird : ScienceAlert
New Predictions Reveal The Fate of The World’s Biggest Ice Sheet if We Don’t Act : ScienceAlert