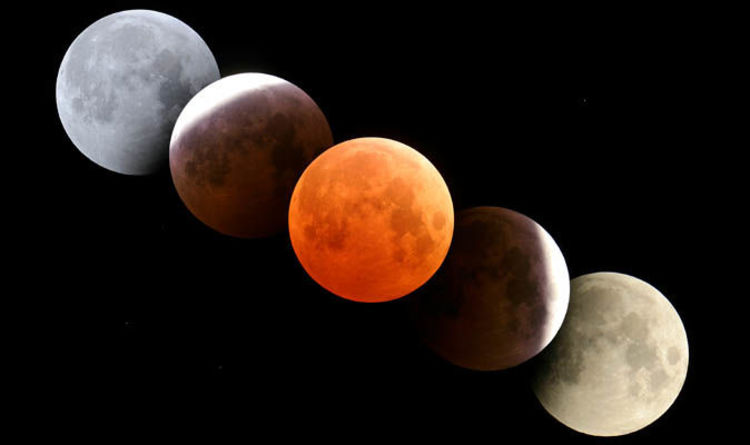 
The so-called Blood Moon eclipse peaked in the night skies of the Eastern Hemisphere on the night of Friday, July 27.

Soon after, the celestial event was followed by a partial solar eclipse on Saturday, August 11.

The partial eclipse of the Sun rounded off this year’s summer of eclipses, which kicked off with a partial solar eclipse on Friday, July 13.

The August eclipse was the fifth and final eclipse of the year, so when are we going to see the next eclipse? And does this mean there will not be another lunar eclipse this year?

This year’s lunar season has wrapped up for good but next year promises to kick off with a number of eclipses straight off the bat.

The first of next year’s eclipses will be a total lunar eclipse, which means we are less than six months away from the next Blood Moon.

There will not be another lunar eclipse this year but the next one promises to be a spectacular sight visible this time from start to finish in the UK.

The Blood Moon will be one of two lunar eclipses in 2019, followed by a partial lunar eclipse on the night of July 16.

The partial eclipse will be visible from South America, Europe, Africa, Asia and Australia.

Alongside the lunar eclipses, stargazers can also look forward to three solar eclipses, including a total eclipse of the Sun.

On January 6, the glowing disc of the Sun will partially hide behind the Moon over parts of the North Pacific Ocean and Northeast Asia.

After this, a much more thrilling total eclipse will completely darken the skies and hide the Sun on July 2.

The Sun’s path of totality will see the total eclipse move over the South Pacific and over central parts of South America.

The total eclipse will be best visible from Argentina and Chile but parts of Peru, Uruguay, Bolivia, Paraguay, Brazil and Ecuador will see some partial eclipsing.

Then just five months later, on December 26, the Moon will once again fully step in front of the Sun during an annual eclipse of the Sun.

An annular eclipse occurs when the Moon is at its farthest distance from the Sun but still entirely passes in front of the bright star.

Annular eclipses result in a mesmerising crown of intense light burning around the edges of the Moon.

Lunar and solar eclipses tend to follow one another because of the tilted way the Moon orbits the Earth.

Astronomy Now expert and author Keith Cooper explained: “On odd occasions – roughly once every 18 months on average – the Moon crosses the ecliptic at a time when it is aligned with Earth and the Sun.

“If this crossing takes place when the Moon is between Earth and the Sun, we see a solar eclipse.

“Two weeks later the Moon moves to the other side of Earth, with the alignment still the same, causing the Moon to slip into Earth’s shadow. Here on Earth, we see a lunar eclipse.”