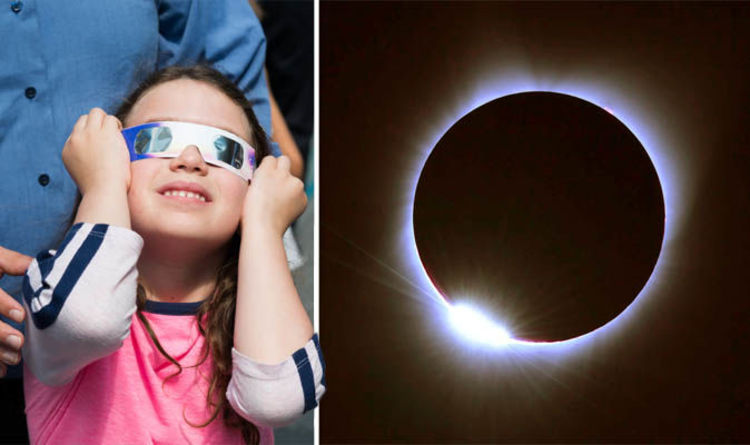 
The summer of eclipses will wrap up in less than two weeks from now when the Moon bites into the face of the Sun on Saturday, August 11.

The astronomical chain of events kicked off on the ominous Friday, July 13, when the Sun was partially eclipsed in the Southern Hemisphere.

A total lunar eclipse Blood Moon followed soon after on the night of Friday, July 27, and into Saturday, July 28, in the Eastern Hemisphere.

The dazzling Blood Moon was welcomed by millions of stargazers around the globe, who were just waiting for the Full Moon to turn red.

The upcoming solar eclipse will now round off the trio of events in the upper-most parts of the Northern Hemisphere.

The partial solar eclipse this month will be the last eclipse, solar or lunar, until the next partial eclipse on January 6, 2019.

An even more spectacular total eclipse will briefly shroud the South Pacific and South America in darkness on July 2, 2019.

Stargazers will also have to wait until the night of January 21, 2019 for the next total lunar eclipse.

How to see the August partial solar eclipse

The solar eclipse will only be visible from a select number of places next weekend, so your odds of catching it are pretty slim.

The Moon will only appear to cross paths with the Sun over Scandinavia, the North Atlantic and parts of North and East Asia.

If you happen to live in any of these regions, you might see anywhere from five to more than 50 percent of the Sun disappear behind the Moon.

You can read more about where exactly the solar eclipse will be visible here.

As with any eclipse of the sun, partial or total, the darkness that descends on the planet during totality is incredibly deceptive.

At no point during an eclipse should you look directly at the Sun.

Staring at the Sun could cause irreparable damage to your eyes and even cause blindness.

But there are a number of different ways in which you can safely see an eclipse without permanently scarring your eyes.

Scientists at NASA recommend using special filter glasses or other handheld solar eclipse viewers to shield your eyes from the Sun’s UV radiation.

The US space agency said: “It’s common sense not to stare directly at the Sun with your naked eyes or risk damaging your vision, and that advice holds true for a partially eclipsed Sun.

“But, only with special-purpose solar filters, such as eclipse glasses or a handheld solar viewer, you can safely look directly at the Sun.

“NASA recommends that people who plan to view the eclipse should check the safety authenticity of viewing glasses to ensure they meet basic proper safety viewing standards.”

Proper glasses for eclipse viewing will have clean and pristine lenses with a designated ISO 12312-2 international standard.

Keep in mind that regular household sunglasses, even really dark ones, will not be sufficient enough to protect your eyes from harm.

‘Unbelievable’ Video Shows 2 Bees Working Together to Open a Soda Bottle : ScienceAlert
Narwhals Are So Weird, Scientists Used Chaos Theory to Explain Their Behavior : ScienceAlert
Bitcoin’s Climate Impact Is Bigger Than Beef Farming – And It’s Only Getting Worse : ScienceAlert
We Just Got Our Closest View of Europa in 20 Years, And We Can’t Stop Staring : ScienceAlert
New Discovery Means Parkinson’s Could Be Diagnosed With a Swab in Just 3 Minutes : ScienceAlert