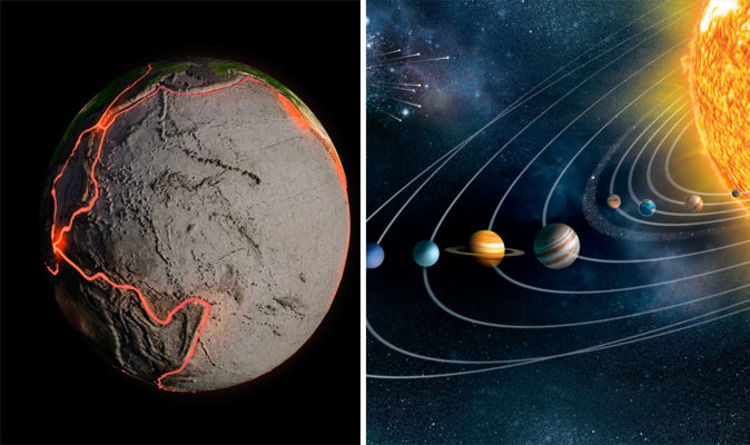 
Tricky ‘geometry’ involving the Moon’s position will tug on the Earth’s tectonic plates in the coming days and trigger an earthquake, a conspiracy theorist claims.

The Moon is set to align on the side of the Earth facing Venus, the planet in front of us on the way to the sun, and the gravitational pull from both will cause a quake.

No indication of when or where the earthquake will strike, apart from being in the “coming days” but the theorist behind the prediction, website ‘Global Earthquake Forecaster’ Ditrianum, says it could be a magnitude six.

A six on the richter scale “may cause a lot of damage in very populated areas”, according to Michigan Tech.

The website is ran by ‘new-age earthquake’ forecaster Frank Hoogerbeets, who believes he can predict earthquakes using a Solar System Geometry Index (SSGI) which “is the computation of a dataset for a specific time-frame of values given to specific geometric positions of the planets, the Moon and the Sun”.

Mr Hoogerbeets writes on the website: “Some critical geometry involving the Moon may cause a seismic uptick in the next three days.

“It may not be much, but at a mid six magnitude seismic event should be anticipated.”

Even if there were to be a magnitude six quake in the next few days, it may be more coincidence than correct prediction as they are relatively common, with up to 150 around the globe per year.

Millions of ‘Silent Synapses’ Could Be The Key to Lifelong Learning : ScienceAlert
Astronomers See a Star’s Final Scream Into a Black Hole Halfway Across The Universe : ScienceAlert
Earth’s Oxygen Came From an Unexpectedly Deep And Hot Source, Study Suggests : ScienceAlert
Engineers Propose an Ambitious Plan to Bury Excess Carbon at The Bottom of The Ocean : ScienceAlert
It Sounds Crazy, But Walking Backwards Is Really, Really Good For You : ScienceAlert