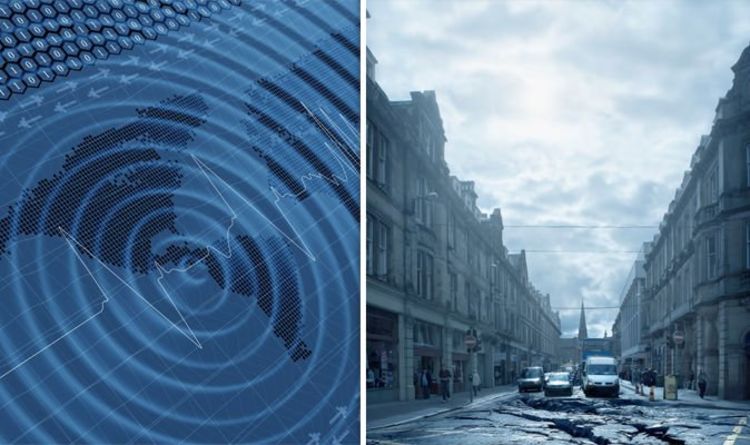 
A planetary alignment over the last few days could cause a quake with a magnitude of 9 today, a conspiracy theorist has warned. Earth has become positioned between Venus and Uranus and the gravitational tug from each planet could cause a potentially civilisation ending earthquake. This is according to ‘New-age earthquake forecasting’ website Ditrianum, run by researcher Frank Hoogerbeets, who said an earthquake which is registers at 8.8 on the richter scale is predicted.

The gravitational pull of the celestial bodies either side of our planet could pull on Earth’s tectonic plates, according to the prediction.

Mr Hoogerbeets says that as the plates are tugged apart, they could cause earthquakes around the globe– and it could happen today.

Originally, the earthquake forecaster said the tremor will strike on December 9 or 10, but as yesterday passed without a mega-tremor, that leaves only today.

A magnitude 8.8 earthquake could literally cause the ground to crack and would leave few buildings standing, according to the Seismology Research Centre.

It Sounds Crazy, But Walking Backwards Is Really, Really Good For You : ScienceAlert
Lyme Disease Is on The Rise, But There Might Be Hope in a New Vaccine : ScienceAlert
Engineers Propose an Ambitious Plan to Bury Excess Carbon at The Bottom of The Ocean : ScienceAlert
Oldest Known Dog Bone Hints Our Best Friends Were With Us Earlier Than Thought : ScienceAlert
Chilling Glimpse Into Our Future if We Survive Another Million Years : ScienceAlert