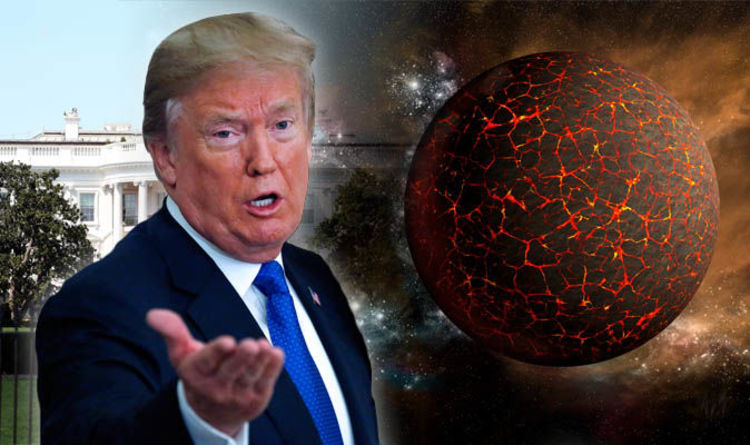 The US President is supposedly in on the Nibiru secret, despite the world’s entire scientific community in agreement that it does not exist.

But a bunkum White House insider report published on SomeonesBones.com, alleges that Russian President Vladimir Putin has educated his US counterpart about the doomsday system.

According to the bizarre article, President Trump knows the “facts” and is on the lookout for a chief Nibiru scientistic adviser.

The article reads: “Trump believes Nibiru is real. That’s an immutable fact. But what he knows has come from other world leaders, specifically Vladimir Putin, not from anyone in his administration.

“He wants someone to work alongside him in understanding Planet X.

“But, at the same time, he is afraid the Senate might discover he’s seeking an expert on Nibiru. And he fears a witch-hunt.”

Without naming its ‘credible’ White House source, the article alleges that Donald Trump is biding his time before revealing the Planet X truth, for fear of reprisal.

Nibiru is a made-up planetary system, supposedly from beyond the edge of the solar system. Sometimes it is known as Planet X, Wormwood or Nemesis.

Doomsday enthusiasts believe its arrival will herald the end of the world as we know it, when its powerful gravitational waves wreak havoc on Earth.

Some theorists have attempted to take the conspiracy to the next level by claiming it is home to a race of super-intelligent and technologically advanced race of aliens know as the Annunaki.

This system is supposedly barreling towards Earth, first expected to arrive in 2002, then in 2012. Then conspiracists said it would show up on September 23, 2017.


Needless to say the mystical Planet X has never arrived, nor is it likely to ever, but online forums are awash with purveyors of the theory.

The SomeonesBones article now tries to claim that world leaders are well aware of the doomsday threat, and NASA are trying to stop this.

The supposed White House source in the article says: “So NASA has effectively cut ties with Trump. They’re unwilling to help him.

“Plus, scientists in the know are naturally reluctant to embrace such a position.

“They feel they’ll be targeted by the Deep State. So, right now, Trump has limited info of Nibiru.”

These scientists mentioned by the insider are most certainly reluctant to accept the role of Nibiru scientific adviser, because there is no evidence to suggest Nibiru is real.

NASA’s top boffins have long battled misinformation and end-of-world theories from conspiracists who claim to have more scientific authority than the world’s leading astrophysicists.

The American space agency’s lead scientist Dr David Morrison said: “There is no credible evidence whatever for the existence of Nibiru. 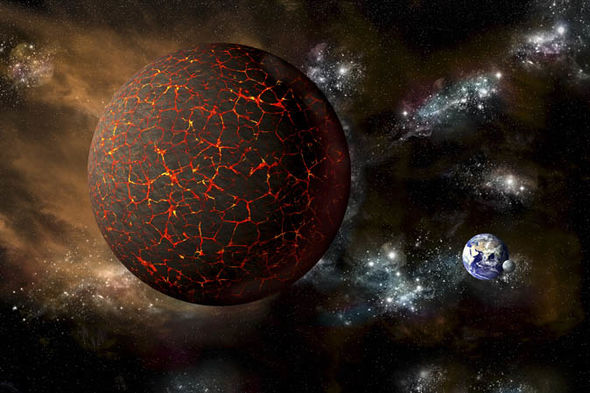 Nibiru DOOM: Conspiracy theorists think Planet X will end the world as we know it

Jonathan McDowell, a leading astronomer at the Harvard-Smithsonian Center for Astrophysics, debunked the Planet X prophecy, labelling a hoax.

He told Express.co.uk: “I don’t know what to say except that it’s nonsense.”