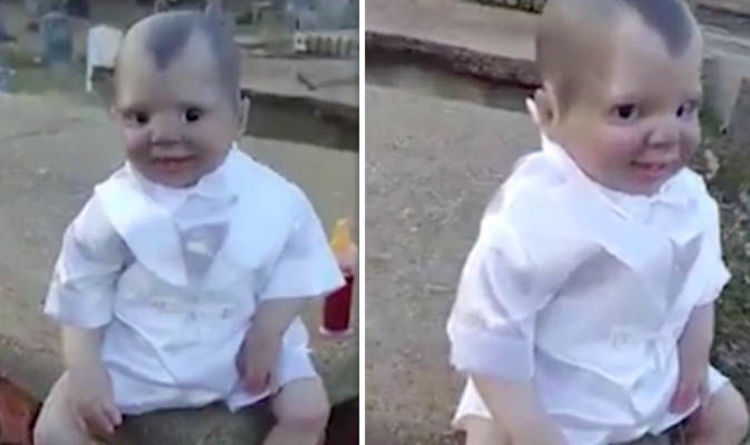 
In the video, the doll is sat on what looks like a tombstone and is wearing all white.

As the camera moves from side to side the doll’s eyes seem to be alive as they follow it .

The video of the scary doll, complete with fang-like teeth, is going viral on social media with over 341,000 views in just four days.

Next to the scary toy is a baby’s bottle full of a red liquid that looks like blood.

The doll was reportedly recorded by a woman in Brazil and has since appeared in Mexican media.

Users on social media were spooked out by the video, with one commenter writing: “Doll of the Devil.”

Other commenters claimed the doll’s moving eyes were just a trick of the senses, with one user writing: “It is an optical illusion, but it does not stop it from being scary, may heaven help me.”

Local media outlets in Mexico compared the spooky doll to Chucky, the fictional serial killer doll from the Child’s Play series of films.