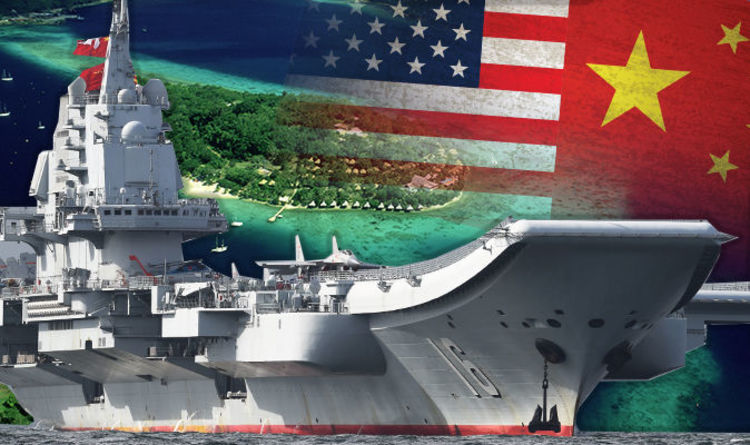 
Washington chiefs are thought to be discussing the plans which would put China closer to the United States.

The move would also mean China would sail warships past Australia – two nations whose relationship has been deteriorating in recent years.

China is currently in discussion with government officials in Vanuatu about the military base, according to reports.

Charles Edel, a former adviser to former US secretary of state John Kerry, told Fairfax Media: “If it turns out there are one or more Chinese bases … what it has the ability to do is challenge, and make much more challenging, American access into the region.

“Chinese presence in Vanuatu, while today about fishing access and commercial trade, tomorrow could represent a threat to Australia’s northern approaches.”

Zack Cooper, a former White House and Pentagon official now at the Washington-based Centre for Strategic and International Studies (CSIS), said: “I think it is important Australia appreciates China is far away but Chinese activity is definitely affecting Australia in a much more proximate way.”

However, both Vanuatu and China denied these claims, with the island nation’s Foreign Minister Ralph Regenvanu saying Vanuatu is “not interested in militarisation”.

Tension has been mounting between Australia and China in recent years, with China’s state media labelling Australia as an “anti-China pioneer in the last two years”, “repugnant”, while saying the Antipodean nation’s behaviour is “baffling”.

The Chinese ambassador to Australia, Cheng Jingye, told The Australia: “If there is a growing lack of mutual trust, in the long run it may have some undesirable impact (on trade relations with China).

“Unfortunately, over a certain period, especially starting from the latter half of last year, we have seen a kind of systematic, irresponsible, negative remarks and comments regarding China which has caused adverse impact on bilateral relations.

“It is detrimental to the image of Australia in the eyes of the Chinese public. It is something that neither side would like to see.”

Scientists Revived Ancient ‘Zombie Viruses’ Frozen For Eons in Siberia : ScienceAlert
10 Days After Its Launch, Orion Has Successfully Entered Lunar Orbit : ScienceAlert
Do You Need to Drink Eight Glasses of Water a Day? It’s Complicated : ScienceAlert
Forests at Risk of Burning an Extra 30 Days a Year Without Climate Action : ScienceAlert
Oldest Known Dog Bone Hints Our Best Friends Were With Us Earlier Than Thought : ScienceAlert