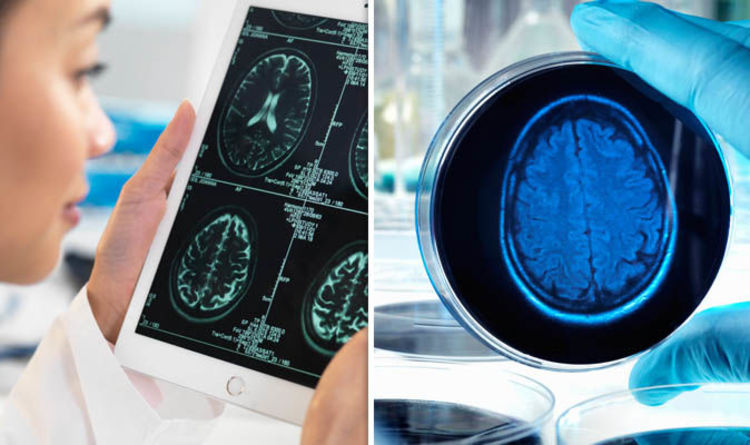 It is fitted directly into the skulls of sufferers and in tests has been found to help restore both focus and attention.

Symptoms improved in all three sufferers tested after the device – similar to a heart pacemaker – was fitted.

In results that have left researchers stunned, one elderly woman taking part in the trials was suddenly able to cook her own meals again – a task she had not been able to attempt in recent years.

LaVonne Moore, 85, is also playing her favourite hymns on the piano, years after being struck down by the degenerative brain condition. 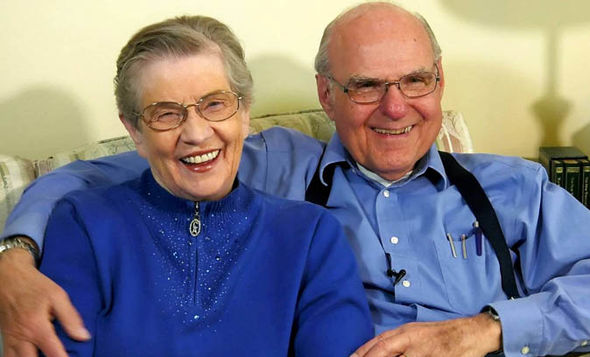 Tom Moore with his wife LaVonne, whose Alzheimer’s progression has slowed after the implant


The delicate surgery for fitting the device involves drilling holes in the skull and then implanting thin electrical wires into the frontal lobes of the brain.

These then send electrical impulses which stimulate parts of the brain.

“LaVonne has had Alzheimer’s disease longer than anybody I know – and that sounds negative,” he said. 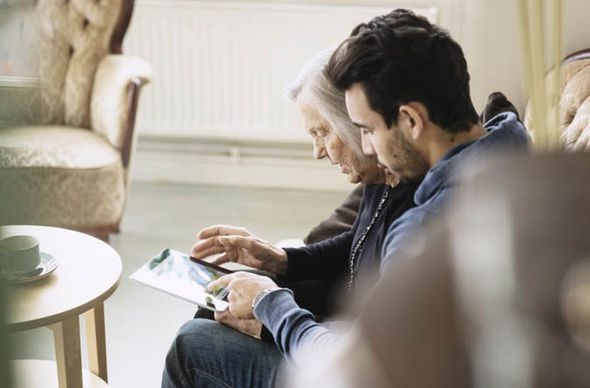 “But it’s really a positive thing because it shows we’re doing something right.”

Mrs Moore, of Delaware, Ohio, did not hesitate to volunteer, telling her husband: “I will do anything to help others not go through what I’m going through.”

Having already been used to reverse cognitive decline in more than 135,000 people with Parkinson’s disease, the study was the first time it had been attempted for dementia.

Scientists say the exciting results could now offer a fresh approach to combating the devastating condition. 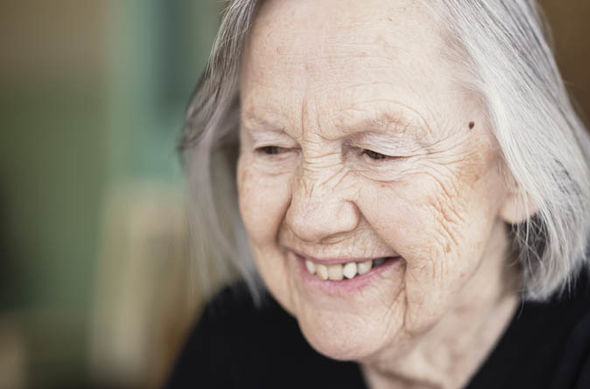 Around 850,000 people suffer from dementia in the UK, costing around £26bn a year

Dr Douglas Scharre, professor of clinical neurology and psychiatry at Ohio State University where the trials were carried out, said: “We have many memory aides, tools and pharmaceutical treatments to help Alzheimer’s patients with memory.

“But we don’t have anything to help with improving their judgments, making good decisions or increasing their ability to selectively focus attention on the task at hand and avoid distractions.

“These skills are necessary in performing daily tasks such as making the bed, choosing what to eat and having meaningful socialising with friends and family.”

He said the pilot study showed promise in enabling patients to retain mental function for longer, improving their quality of life.

Currently there is no known cure for Alzheimer’s, which causes nerve cell death and tissue loss throughout the brain, leading to dementia.

During the disease, the brain shrinks dramatically, affecting nearly all its functions.

In the UK, around 850,000 people suffer from dementia, costing some £26billion a year. The figures are rising rapidly as the population ages.

Most treatments for Alzheimer’s focus on improving memory but the team targeted slowing the decline of problem-solving and decision-making skills.

Called deep brain stimulation (DBS), the device is similar to a cardiac pacemaker except the wires are implanted in the brain rather than the heart. Electrodes then send electrical impulses to specific parts of the brain.

Dr Carol Routledge, director of research at Alzheimer’s Research UK, said: “Deep brain stimulation is already used as a treatment to reduce severe tremors in Parkinson’s and it is encouraging to see this exploratory study in people with Alzheimer’s disease.

“Previous research with DBS in Alzheimer’s has shown mixed results, but studies have not focused on brain regions responsible for decision making and problem-solving before.”

Changes in mood and personality – If you notice a loved one become easily upset, confused, depressed or anxious they could be suffering from Alzheimer’s so talk to them and book an appointment with the doctor

But Dr Routledge warned: “The study did not compare against a dummy treatment so while signs of benefit are worthy of follow-up, the full benefits and cost-effectiveness of this treatment need much more robust investigation in larger trials.”

The study found that the implant reduced the overall decline in performance typically seen in people with mild or early-stage Alzheimer’s.

The researchers, whose findings are published in the Journal Of Alzheimer’s Disease, now plan to explore non-surgical methods to stimulate the frontal lobe.