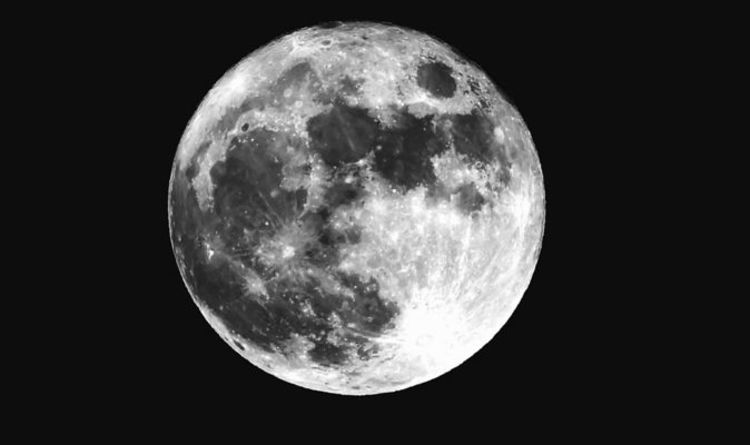 
The second blue moon of 2018 will soon grace our skies this March, set to rise on Saturday, March 31 at around 1.37pm GMT when the moon will be at its fullest.

The Easter 2018 Blue Moon will likely be all the more spectacular because it will be the last to grace the night skies until Halloween in 2020.

Blue Moons are popularly described as the second full moon to rise within one calendar month and supposed to be quite rare – hence the saying “once in a blue moon”.

This year, we have already seen the rare celestial phenomenon in January when a rare super blue blood moon loomed above the earth.

The incredible event consisted of a supermoon, blue moon, a blood moon and lunar eclipse – producing a larger than usual moon which glowed a stunning crimson colour.

On March 2, Earth saw the last full moon when a Worm moon appeared in the sky.

The Worm Moon was named by Native Americans because it marked the point in the year when the temperatures started warming and earthworms would start to appear.

It is also known as the Sap Moon, Crow Moon or Lenten Moon – and shone its brightest at 12.51am.

Because a lunar month lasts about 29.5 days, and a calendar month can last between 28 and 31 days, it means there can be two full moons in one month.

A blue moon usually happens once every two or three years, and double blue moons only happen three to five times in a century.

They typically occur once every 2.7 years or so, making them a relatively rare event.

The March blue moon is important because it is used to fix the date of Easter.

Easter always occurs on the Sunday after the first full moon following the Spring equinox.

This year, the blue moon will appear on Saturday, March 31, meaning Easter Sunday will fall the day after, on April 1.

The spring equinox is due to happen on March 20.

How to watch the blue moon?

Unfortunately for astronomy enthusiasts, the Blue Moon does not turn blue on Saturday, and neither will the Pink Moon turn pink on April 30.

A Splash of Milk in Coffee May Have Health Benefits We Didn’t Know About : ScienceAlert
Orcas Are Contaminated With a Forever Chemical Associated With an Unlikely Product : ScienceAlert
Incredible ‘Fairy’ Robot Sails on The Breeze Like a Floating Dandelion : ScienceAlert
Ancient Goo Spills The Secrets of How The Egyptians Mummified Their Dead : ScienceAlert
A Billion-Dollar Biotech Company Plans to Bring The Dodo Back to Life : ScienceAlert