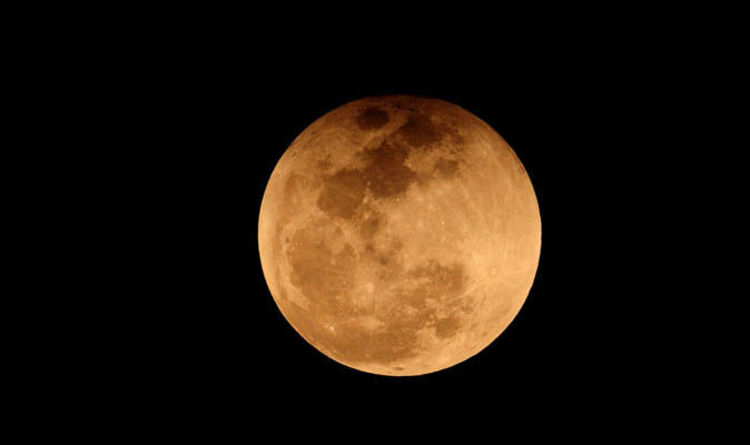 
Huge swathes of the planet are in line for a spectacular lunar treat next month as the moon passes into the Earth’s shadow.

Residents in North America, Alaska and Hawaii were fortune to have great viewing opportunities for the phenomenon – but no eclipse was visible in the UK.

However, this second lunar eclipse will provide a visual delight for people living in Australia, Asia, Africa, Europe, and South America.

When is Blood Moon visible over the USA and UK?

Unfortunately, the next blood moon will not be visible from the US.

“North America, most of the Arctic and much of the Pacific Ocean will miss out entirely.

“The greatest eclipse takes place at or around midnight for Madagascar and the Middle East.

The UK will get to see the total lunar eclipse so make a note of the following important times (all in BST):

What are blood moons?

Blood moons are given their name because of the reddish tinge the moon takes on during the eclipse.

The small amount of sunlight that does reach the moon, and is not blocked out by the Earth, filters out the sun’s blue light making it appear red.

The phenomenon is known as Rayleigh Scattering.

Why is the July eclipse longer?

July’s lunar event will last for a greater time than normal due to the moon passing almost directly through the Earth’s shadow.

In addition, the astronomical body will be at its most distance point from the Earth.

This means it will take longer to cross our planet’s shadow than it normally would.

A ‘Wormhole’ Built on a Quantum Computer Teleported Information as Predicted : ScienceAlert
Mummies With Golden Tongues Discovered in Ancient Egyptian Necropolis : ScienceAlert
Astronomers Spot The Biggest Galaxy Ever, And The Scale Will Break Your Brain : ScienceAlert
A Tobacco Plant Has Been Engineered to Produce Cocaine in Its Leaves : ScienceAlert
Cannabis For Pain Relief? Review of 20 Studies Provides Sobering Results : ScienceAlert