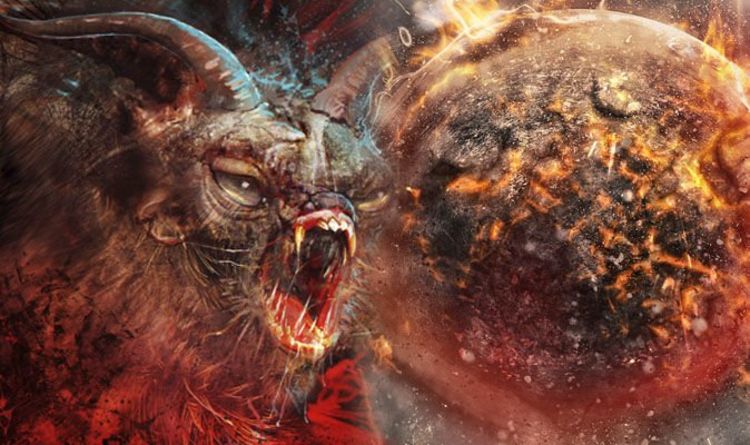 
After the 1000 years have ended in the Millennium Kingdom, two additional things must happen before the new Heaven and Earth are created, according to scripture. The holy text adds that these two events will seal the fate of Satan and all of the unsaved people who have ever lived once and for all. When Jesus comes back for the second time to set up His Millennium Kingdom for a thousand years, the Bible tells us that Satan is chained up in the bottomless pit during those thousand years.

The book of Revelation 20:2 reads: “He seized the dragon, that ancient serpent, who is the Devil, or Satan, and bound him for a thousand years.”

Premillennialists usually take this verse to refer to a literal binding of Satan during an earthly millennium in the future.

20:3 adds: “He threw him into the abyss, and locked and sealed it over him, to keep him from deceiving the nations anymore until the thousand years were ended.

“After that, he must be set free for a short time.”

While 20:7 continues: “And when the thousand years are finished, Satan shall be loosed out of his prison and go out to deceive the nations in the four corners of the Earth.”

Some Christians believe the main reason God will let Satan loose one more time is to prune out those people who have not stayed loyal and committed to serving him.

Another theory is that, at the end of the Millennial Reign, Satan will be free and able to deceive a vast multitude to follow him in one final rebellion against God.

However, the Bible does not tell us how many years Satan will be allowed to run free again.

Christians believe that, as God has fixed his love on us, Satan has for us a special hatred.

They Did It! SpaceX And NASA Have Made History With First Crewed Launch
Researchers Unveil a Sodium-Ion Battery That Rivals Commercial Lithium-Ion Models
For The First Time Ever, Scientists Have Created Hexagonal Salt
Having Intense, Vivid Dreams During The Pandemic? Here’s The Science
Ancient Ice Sheet Loss Shows Antarctica Can Melt Much Faster Than We Thought