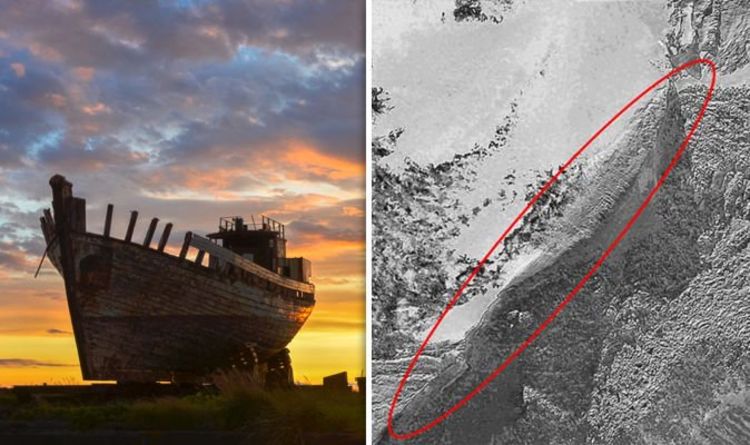 
Noah’s Ark is the vessel featured in the Bible’s Book of Genesis flood narrative through which God spares Noah, his family, and a remnant of all the world’s animals from a world-engulfing flood. As of yet, there is no scientific evidence the ship existed as it is described in the Bible, but many have dedicated their lives to trying to find it. According to the fourth verse of the eighth chapter of the Book of Genesis, following a flood, Noah’s Ark landed on the “mountains of Ararat”.

This snow-capped compound volcano located in eastern Turkey has received a huge amount of interest over the year’s from Christians hoping to find the ark.

However, in February 2003, DigiGlobe took this one step further, launching their QuickBird commercial remote satellite after spotting an anomaly on the mountain, it was revealed during Amazon Prime’s “Mysteries” series.

The images taken shows the strange object sitting at 15,300ft on the northwest corner of the mountain and is nearly completely submerged in glacial ice.

The Genesis blueprint of the Ark detailed the structure as 6:1 length to width ratio, almost identical to the measurements shown by the satellite.

The images were made available to the general public in 2006 and Porcher Taylor, an associate professor in paralegal studies at the University of Richmond’s School of Continuing Studies in Virginia, think they are biblical proof.

He told Space.com at the time: “I’ve got new found optimism as far as my continuing push to have the intelligence community declassify some of the more definitive-type imagery.

“I maintain that if it is the remains of something manmade and potentially nautical, then it’s potentially something of biblical proportions.”

The Ararat mountain sits on the former Turkey/Societ border, making it an area of military unrest.

Any photos taken by aircraft and satellites have been given a classification of “secret” as a result.