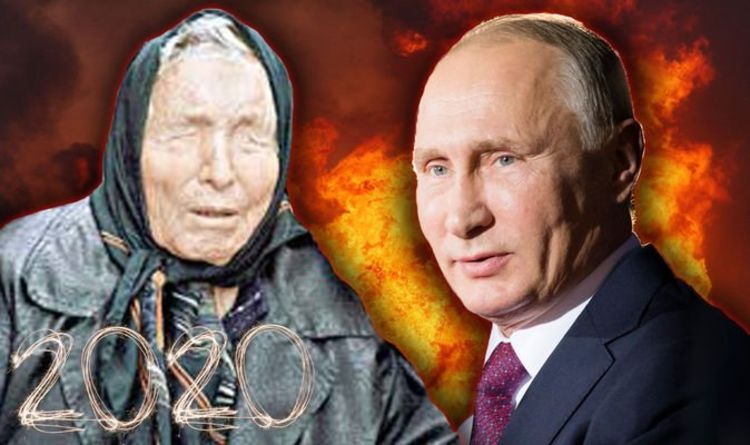 
Baba Vanga’s followers often refer to the mysterious woman as the Balkan Nostradamus due to her supposed prophetic powers. Baba Vanga rose to prominence in the year 2000 when she supposedly predicted the sinking of the Russian submarine Kursk.

Since then, Baba Vanga is said to have predicted the 9/11 terror attack, the cataclysmic 2004 tsunami and the 2008 election of President Barack Obama.

On top of her supposed powers of foresight, Baba Vanga’s supporters believe the blind woman who lived in the village of Rupite, Bulgaria, had the power to communicate with the dead.

So what exactly did Baba Vanga have to say about the year 2020 before her death in 1996?

Below are Baba Vanga’s most terrifying predictions with additional commentary from British psychic and medium Craig Hamilton-Parker from Psychics.co.uk.

Did Baba Vanga predict an attempt on Vladimir Putin’s life in 2020?

The medium’s believers are convinced Baba Vanga foresaw an assassination attempt on the life of Russian President Vladimir Putin.

Did Baba Vanga predict a cataclysmic tsunami for 2020?

Based on Baba Vanga’s prophecies of the future, a powerful tsunami could strike Asia 16 years after the tragedy of the 2004 tsunami.

If the blind mystic is proven correct next year, another disastrous wave will sweep through parts of Pakistan, Japan, China, Indonesia.

According to Mr Hamilton-Parker, 2020 will see many environmental disasters unfold all across the world.

He said: “2020 will see many earthquakes. In particular, Japan and India will see major quakes that may cause disruption to the Summer Olympics.

“The USA will also experience earthquakes. Serious volcanic activity on a small island – I cannot identify where. Urgent evacuation.”