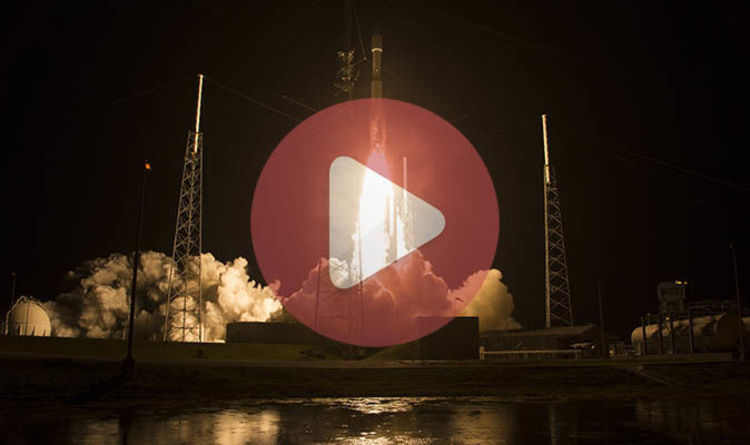 
What time is the Atlas V launch?

The rocket is due to blast off at 12.48am GMT (19:48 ET) from Space Launch Complex 41 at Cape Canaveral air force station in Florida.

The launch was due to take place yesterday but was abandoned due to technical difficulties.

How to watch the Atlas V rocket launch online

About 20 minutes before the rocket takes off, the ULA will start its webcast live stream which you can watch above.

The ULA has already confirmed that the countdown to launch is underway, adding that this is one of the USA’s “highest priority” missions.

What is the mission?

On its 75th flight Atlas V will launch the fourth geostationary satellite in the Space Based Infrared System (SBIRS), which is a group of satellites designed to detect and track missile launches on Earth.

Built by Lockheed Martin, the new constellation of satellites will replace the Defense Support Program – a fleet that began tracking missile launches in the 1960s.

The satellites fly in geostationary orbits, according to Space.com, carrying powerful scanning and infrared surveillance gear to track missile launches from orbit.

There are currently eight Atlas V launches scheduled this year, including this mission.

NASA Spaceflight said: “These include the first Atlas V launch with a dual-engine Centaur and no payload fairing – the N22 configuration – which will be used to deploy Boeing’s Starliner spacecraft.

“Barring any unexpected anomalies, 2018 is also expected to see Atlas become the most reliable rocket in service worldwide – an accolade it already holds by some measures – when its stablemate Delta II is retired in September.”

Astronomers Charted The Sun’s Life, And This Is How The Story Ends : ScienceAlert
‘Extreme Heat Belt’ to Snare 100 Million Americans in Decades, Scientists Warn : ScienceAlert
A Nuclear War Could Starve Billions, But One Country May Be Safer Than The Rest : ScienceAlert
Scientists Say ‘space Bubbles’ Could Shield Earth From The Sun, But Would It Work? : ScienceAlert
Jupiter’s Ice Moon Europa Probably Has Upside Down, Underwater Snow : ScienceAlert