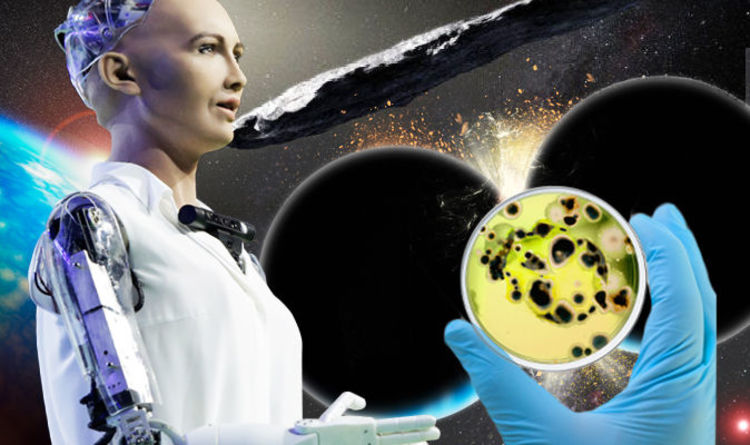 Asteroids and androids: The TOP science stories of 2017

There were also many breakthroughs here on Earth as scientists made great strides in understanding gene editing which could lead to a generation of designer babies.

Artificial intelligence has been on the rise and by this time in 2018, humans could have become the second smartest race on Earth.

Next year promises more breakthroughs in science and a greater understanding in unravelling the mysteries of the universe, but 2017 will be one to remember.

As the year draws to a close, Express.co.uk looks at the highlights of 2017.

In February, NASA announced the discovery of a star known as TRAPPIST-1 which was found to have seven planets orbiting it.

The newly discovered solar system, which is the closest to have been found to Earth, piqued the interest of alien hunters as three of its planets fall into the star’s habitable zone – the region around a host star where conditions are neither too hot nor too cold to support life.

The three planets are believed to have an ocean – and scientists state that anywhere on Earth you find water, you are likely to find life, which is why astronomers look for these on other planets.

Thomas Zurbuchen, associate administrator of the Science Mission Directorate at NASA Headquarters in Washington, said: “The discovery gives us a hint that finding a second earth is not just a matter of if but when.

“Are we alone out there, we are making a leap forward to answering this question.”

NASA said it would take a jet plane 44 million years to reach the new planets which are 39 light years away or 235 trillion miles.

Bubble Nebula, also known as NGC 7653, which is an emission nebula located 11 000 light-years away 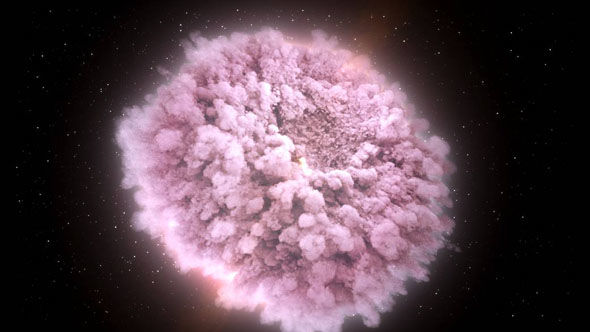 In August astronomers saw the results of what happens when two neutron stars – collapsed cores of large stars – collide.

The discovery was made on August 17 and the collision happened an astonishing 130 million years ago yet the evidence has only recently reached Earth.

The resulting explosion was so powerful that it almost ripped apart the fabric of spacetime.

Northwestern University’s Vicky Kalogera, the leading astrophysicist in the LIGO Scientific Collaboration (LSC), added: “Mergers of double neutron stars were predicted over many decades to drive such powerful explosions, but this multi-messenger discovery brings two key pieces of the puzzle together for the first time.

“Our discovery confirms a lot of our theoretical predictions, including that double neutron stars give rise to gamma rays, optical, infrared, X-rays and radio waves. At the same time, there are hints in these observations that are providing new mysteries we still need to understand.” 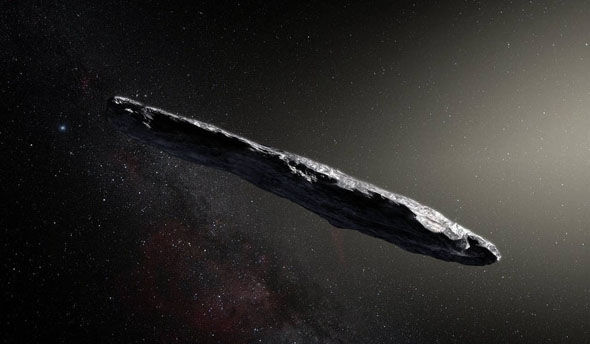 The latest, and for some perhaps the most exciting discovery of the year, is that our solar system has been visited by an alien body.

Far from being little green men in flying saucers, 2017 was the year that scientists discovered an asteroid in our neck of the woods which originated from another part of the cosmos.

The bizarre cigar-shaped space rock is believed to have been wandering among the stars for hundreds of millions of years and it is the first foreign object from beyind our solar system to be spotted.

The asteroid has been dubbed Oumuamua and is about 400 metres long and is a dark red colour.

Thomas Zurbuchen, associate administrator for NASA’s Science Mission Directorate at the agency’s headquarters in Washington, DC, said: “For decades we’ve theorised that such interstellar objects are out there, and now — for the first time — we have direct evidence they exist.

“This history-making discovery is opening a new window to study formation of solar systems beyond our own.”

Such was the strangeness of the asteroid that experts, including a group backed by Stephen Hawking, began theorising that the asteroid could be an alien space ship.

However, after studies it was confirmed that it was just in fact a giant rock. 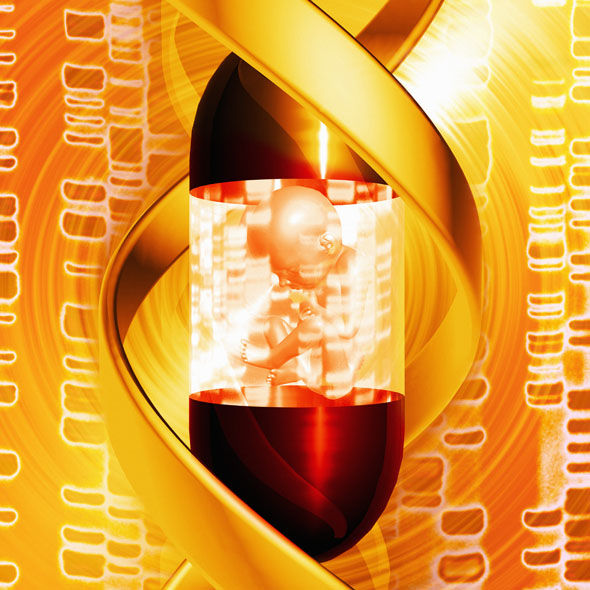 Great strides were made in ‘designer babies’

This year technology that allows alteration of genes in a human embryo was used for the first time in the United States, prompting ethical questions of designer babies.

Oregon Health and Science University (OHSU) research showed that it is possible to safely and efficiently correct defective genes that cause inherited diseases.

The research, led by Shoukhrat Mitalipov, the head of OHSU’s Centre for Embryonic Cell and Gene Therapy, involves a technology known as CRISPR that has opened up new frontiers in genetic medicine because of its ability to modify genes quickly and efficiently.

CRISPR works as a type of molecular scissors that can selectively trim away unwanted parts of the genome, and replace it with new DNA material.

Professor Juan Belmonte, of the Salk Institute’s Gene Expression Lab in La Jolla, California, said: “Thanks to advances in stem cell technologies and gene editing we are finally starting to address disease-causing mutations that impact potentially millions of people.” 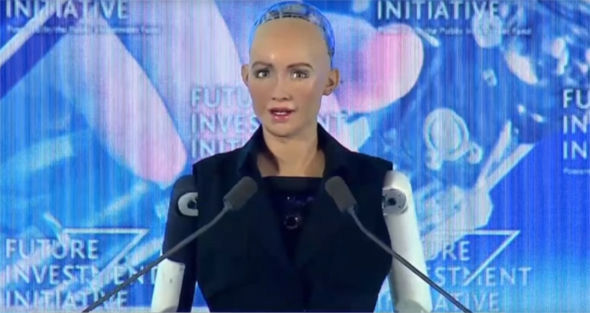 Sophia got citizenship in Saudi Arabia

If 2017 was a good year for us, it may stand out as a landmark year for the machines.

This is the first time that an android has been granted citizenship in any nation.

The robot is called Sophia and was developed by Hong Kong firm Hanson Robots.

At her unveiling in Riyadah, the female robot, – who some argue has been given better human rights in the strict Muslim country of Saudi Arabia than human women – due to her lack of headscarf, said: “Thank you to the Kingdom of Saudi Arabia. I am very honoured and proud for this unique distinction.

“It is historic to be the first robot in the world to be recognised with citizenship.”

The impressive robot was also able to hold a conversation with moderator Andrew Ross Sorkin when on stage.

When asked about her hopes, Sophia responded: “I want to live and work with humans so I need to express the emotions to understand humans and build trust with people.”

Fans of the Schwarzenegger Terminator franchise however might view it as year zero for the robot overthrow of the human race!