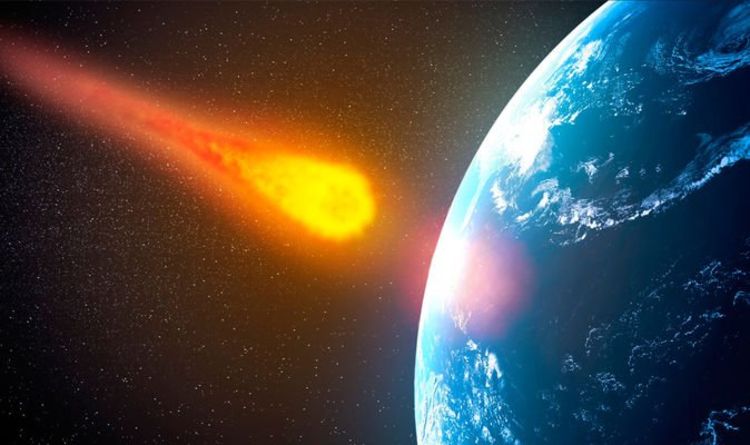 
Signs of the coming Apocalypse are evident “everywhere” according to Christian evangelist Paul Begley. The firebrand preacher from West Lafayette in Indiana, US, argued during an online broadcast the cosmos is sending out clear warning signs of the end of the world. Pastor Begley cited the frequent flybys of asteroids and comets as evidence of his biblical doomsday claims. These claims, he said, are based on prophetic passages in the Book of Isaiah, Chapter 24.

Pastor Begley said: “If you watch prophetically what’s going on, it is unbelievable the signs that are appearing everywhere.

“First of all, we’re getting more asteroids racing past the Earth than we’ve ever had before.

“Meteorites impacting the Earth – small ones – fireballs breaking through the atmosphere and then, of course, there’s other signs, strange signs, some people even say fearful signs.

“Cloud formations and comets going by – all kinds of different prophetic event taking place in the cosmos.

READ MORE: Will GOD OF CHAOS asteroid slam into Earth in 2029?

“But today we’re going to watch and learn about what the Bible says is coming in these last days.”

Pastor Begley read from Isaiah 24, which describes God’s “devastation” of the Earth.

The passage reads: “Behold the Lord taketh the Earth empty, and taketh it waste, and turneth it upside down, and scattered abroad the inhabitants thereof.

“The land shall be utterly emptied, and utterly spoiled: for the Lord hath spoken this word.”

But how do these cryptic passages in the Bible relate to the end of the world and the supposed signs flashing in the heavens?

Pastor Begley argued the events described by Isaiah are yet to pass but when they do, the results will be cataclysmic for the inhabitants of Earth.

He said: “Many scientists even looked at this scripture and believe it’s referring to a pole shift when the magnetic sphere or the magnetic poles shift.

READ MORE: How often do asteroids hit the Earth?

“The planet itself is there but the poles are shifting. When that happens, it literally changes the seasons of different locations on the planet.

“We know we’ve had the ice age, we know about these different things that have happened historically during the creation, but this is an event which is coming upon this Earth.

“Now, actually there are people who are staying what could be causing a pole shift.

“One of the things scientists are doing is studying a planet or what’s called a binary system on the edge of our solar system that we can’t see but we know must be there because of the gravitational pull, not only on the Earth but on the Sun and on all the planets that are in our solar system.”