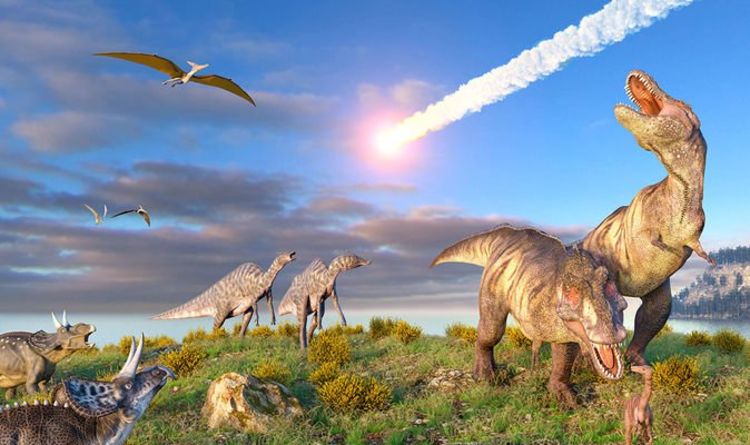 
Michael Horn, who calls himself a research scientist, has warned that if the Apophis asteroid strikes the planet it has the destructive power to send the Earth back to prehistoric times. During an interview with Express.co.uk. Mr Horn explained global unity is needed to ensure in the event of an impact from the asteroid the planet uses its best and brightest to form a plan to prevent destruction. NASA has estimated the asteroid – full name 99942 Apophis – will skim past Earth in 10 years, and has already begun preparations to study the space rock once it is closer to Earth.

Mr Horn has dismissed NASA’s claims the asteroid will skim the planet and has instead argued it will definitely strike the Earth.

Mr Horn said: “Can we say Dinosaur’s 65 million years ago?

“Our universe is a tricky place and we are in it and there are bound to be things that are predictable and some that are not.

“I would say that chances are good that Earth could be hit by objects, small or large, and if we were a cooperative world of people looking out for ourselves and therefore each other we would focus our resources.

“We would focus military resources on space technology to protect the planet.

“Something like the God of Chaos Apophis asteroid, should it hit anywhere on the planet it will affect everyone.

“The best-laid plans of mice and men will go for nought because it will cause a chain reaction.

“It could set the whole world, as we know it, back if not as far back as the dinosaurs but pretty darn close in some ways.”

Mr Horn then began to explain that the man he represents, Ufologist Billy Meier, had been contacted by aliens.

Mr Horn goes into detail of how Mr Meier claims that extraterrestrials not only told him details regarding the “God of Chaos” asteroid but also what needed to be done to prevent its impact.