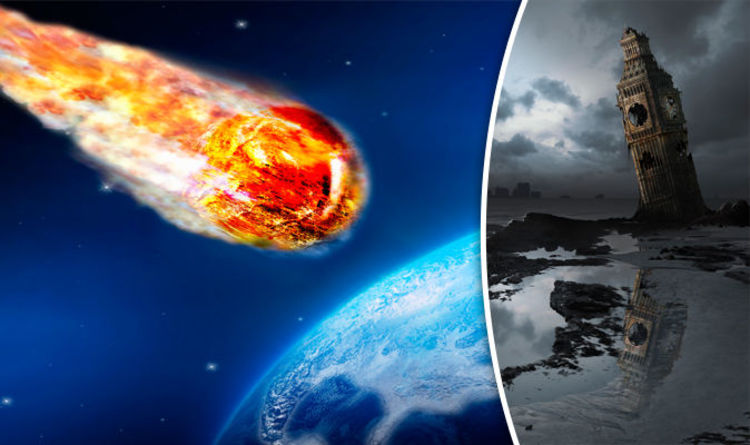 
Some believe that a 1.5 mile wide asteroid could impact Earth in 2028 after several close passes.

The asteroid, known as 1997 XF11 last passed Earth in June, 2016 at a distance of 16 million miles, but some think the next approach could be much more devastating for us.

The space rock will return to Earth in a decade, passing at just 588,000 miles – with much uncertainty over its orbit.

At 1.5 miles in size – the size of about 250 football pitches or 125 double decker buses – the asteroid would be big enough to completely destroy a city such as London or New York.

When the asteroid was first discovered in 1997, it was thought it could pass within just 30,000 miles of Earth, according to Dr Brian Marsden, director of the Central Bureau for Astronomical Telegrams at the Smithsonian Astrophysical Observatory.

Such a close approach to Earth could be influenced by our planet’s gravity, bringing it crashing towards our planet.

He wrote for Brit Astro: “So was an impact possible? The short answer is ‘yes’!”.

However, NASA has now moved to calm fears, saying that the asteroid will safely pass us on the outside of the moon’s orbit.

The space agency said: “Asteroid 1997 XF11 will pass well beyond the Moon’s distance from Earth in October 2028 with a zero probability of impacting the planet, according to astronomers at NASA’s Jet Propulsion Laboratory, Pasadena, California.”

Dr Donald Yeomans and Dr Paul Chodas, JPL scientists, said the asteroid “is predicted to pass at a rather comfortable distance of about 600,000 miles (about 960,000 kilometres) in 2028.”

But the agency admits it currently only knows where less than 10 percent of all near Earth asteroids that could threaten us are.