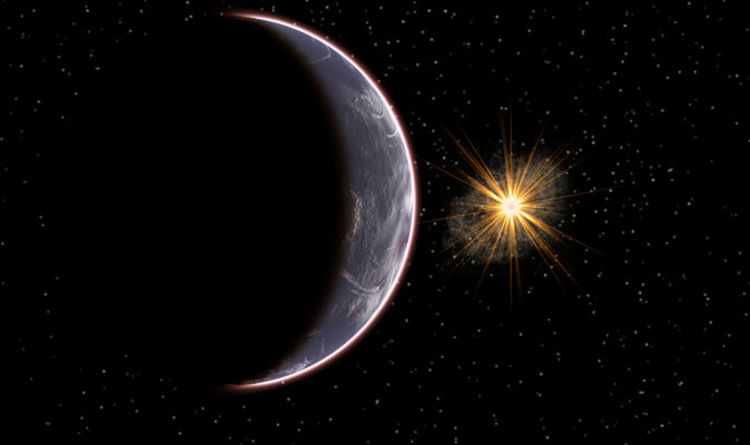 
For humans on Earth, it is relatively easy to get in to space as the gravitational pull of our planet is not too strong.

However, on super-Earths – planets which are similar to ours but much bigger – the gravitational pull would be much stronger, making it harder to escape.

Planets around other stars with similar conditions to Earth can be up to 10 times the mass of our own.

NASA has previously discovered these super-Earths could, if they are in a habitable zone around their star, be extremely well suited to supporting life because the strong gravitational pull could pull in a thick atmosphere that would protect any life on the planet from harsh cosmic rays.

But it would be hard for an intelligent civilisation on these planets to launch rockets as the gravitational pull would make it nigh on impossible.

This is why a group of scientists have offered a potential solution to any aliens reading their study, stating that they could use a catapult to escape the gravitational pull.

The proposal would see a large tether, hundreds of miles long, put in to orbit of a planet.

As the tether spins, one end would slowly approach the ground as it unravels.

A rocket would then fly just a few miles into sky to attach itself to the tether and eventually the cable will begin ravelling upwards, boosting the rocket towards space.

Alex Howe, an astrophysicist at the University of Michigan in Ann Arbor, and lead author of the study which outlines the idea, said: “My initial reaction when I first heard about [the space tether] was, ‘There was no way that would work.

“Then I did the calculations, and I was surprised how much fuel and energy it would save.”

Mysterious Tendrils Inside The Brain May Control Our Perception of Time : ScienceAlert
Earth’s Oxygen Came From an Unexpectedly Deep And Hot Source, Study Suggests : ScienceAlert
These Mysterious Fungi Belong to an Entirely New Branch on The Tree of Life : ScienceAlert
It Sounds Crazy, But Walking Backwards Is Really, Really Good For You : ScienceAlert
Astronomers See a Star’s Final Scream Into a Black Hole Halfway Across The Universe : ScienceAlert