He was on duty as a police officer in Todmorden, West Yorkshire, and had been sent out to locate some loose cattle.

However, he ended up tracking down something he insists was more out of this world when he saw a flying saucer in Burnley Road.

Mr Godfrey lost around 15 minutes and remains convinced to this day, after undergoing regression, that he was abducted by alien occupants of the craft.

At the time he was interviewed on prime time TV news shows, and to this day it remains the UK’s best-known alien abduction account.

Yet, UFO researcher Russ Callaghan, may have found a more earthly explanation for what went on.

Mr Callaghan has discovered something from the history of Todmorden, that was there at the time of the incident, was mobile, but has been over looked by other investigators.

More importantly, he said, it resembles the description given by Mr Godfrey of his “flying saucer.”

Mr Godfrey said he saw “a metallic disc with a dome and a row of windows at the top.”

However, he also insists that moments later, as he tried to sketch it, there was a burst of light, and he then found himself driving 100 yards farther up the road, with the UFO now gone.

However, Mr Callaghan discovered that since 1971 there had been a UFO inspired Futura home in Todmorden, and it was still there in 1980.

The plastic-built home resembled a UFO, with several large oval windows around it on the top half.

What’s more, the building was mobile, and was transported around the town on the back of a truck. 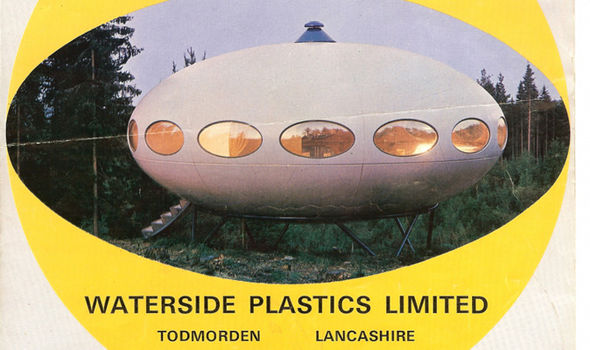 The Todmorden futuro home in the Watersides Plastics brochure dated 1969.

Mr Callaghan argued that, as it would have been dark at the time of the sighting, it could have been the futura home being moved on a truck that he saw, and mistook for an alien craft.

Mr Callaghan said: “Alan is a great guy, and I know he believes what he says he saw.

“I’m not saying Alan made this up.”

However, he said it was a plausible theory that further up the road the futura building was being carried on a lorry, making it appear to be above the road. 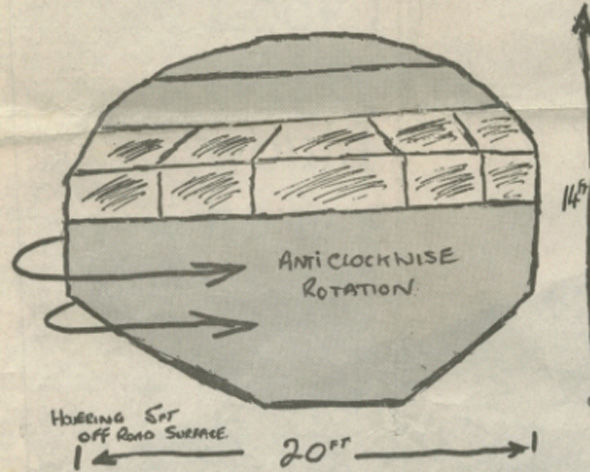 A sketch of the UFO Alan Godfrey saw, which Russ Callaghan says resembles the futuro home.

He said: “That is how they moved the building. Does it or does it not look like a flying saucer?

“The futura buildings were small liveable houses, but the documentary makers (about Alan Godfrey’s abduction) never remember to mention it was there at the time.

Futurohouse.com is a website dedicated to the quirky futuristic homes, which features a section on the one at Todmorden, which confirms it was moved on a lorry.

Malcolm Stroud said of it: “The house was made by Waterside Plastics in its Waterside Mill, Rochdale Road, Todmorden. 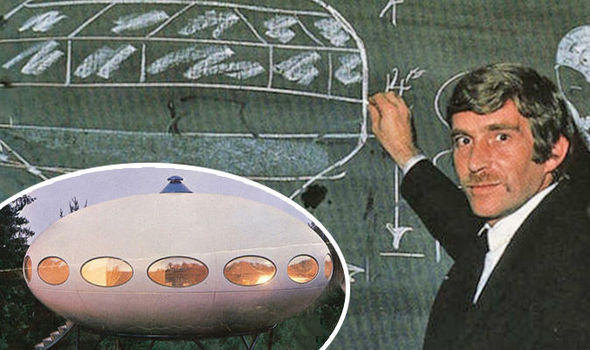 
That is how they moved the building. Does it or does it not look like a flying saucer?


“The Futuro house was a one off and I understand they only made one. It was exhibited in Todmorden in 1971 for the town’s centenary.

“The house was exhibited outside the Abraham Omerod medical centre (now closed), in the town, near the railway viaduct.

“I have also been told that it functioned as offices for Waterside Plastics for some years.”

He said there was a photo of it “peeping out” between Victorian mill buildings when it was being moved on a lorry. Mr Callaghan also considered if Mr Godfrey just saw a bus with its lights on and got confused in the early-morning darkness.

This was because busses ran along that route at the time, and Mr Godfrey had initially said “I thought I were looking at a bus.”

He also considered if it was a council road sweeping vehicle with flashing lights, also mistaken by Mr Godfrey for a UFO, before resting on the futura house theory.

Mr Callaghan was quizzed by other ufologists about what could account for Mr Godfrey’s burst of light, missing time, and abduction claims. 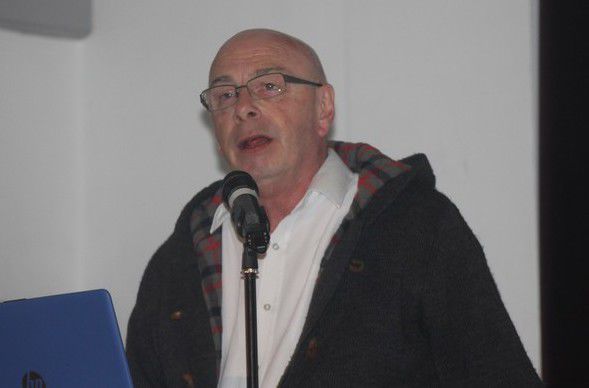 CASE CLOSED: Russ Callaghan delivering his theory at a UFO conference in Hull.

He pointed out that Mr Godfrey’s vivid descriptions of what went on inside the craft had only come out after he was regressed by Jenny Randles, a prominent UFO and alien abduction investigator.

He said: “There was no mention of these prior to hypnosis.

“Under hypnosis, he came out with seeing alien beings with light bulb heads, and a black entity.

“But, before in a book, he also tells you he can’t say if what he said under hypnosis was real or if he made it up because he has no recollection of these things prior to hypnosis.”

However, some believe the mystery remains as there were two independent sightings of something strange that morning.

A driver who was on Burnley Road, three miles further out at Cliviger, told of seeing a brilliant white object at the time of Mr Godfrey’s sighting, and even contacted Todmorden police.

On top of this, a police patrol from nearby Halifax, searching for stolen motorbikes on Calder Valley moors saw a brilliant blue-white glow descending into the valley towards Todmorden shortly before Mr Godfrey experienced his close encounter.

Mr Godfrey insists what he saw was a flying saucer, and he has recently told all in the new book Who or What Were They?, in which he claims he was hounded from the force over the case.

Astronomers Have Found Signs of Another Planet at Proxima Centauri, And It’s Huge
Loch Ness monster: ‘Unidentified’ DNA found in Scottish Highland waters revealed | Weird | News
Area 51: Does Hangar 18 exist – Is Area 51 real? | Weird | News
A New Facility Is Set to Produce Oxygen From Moon Dust at an Unprecedented Scale
Primordial ‘Asgard’ Lifeform Has Been Successfully Grown in The Lab