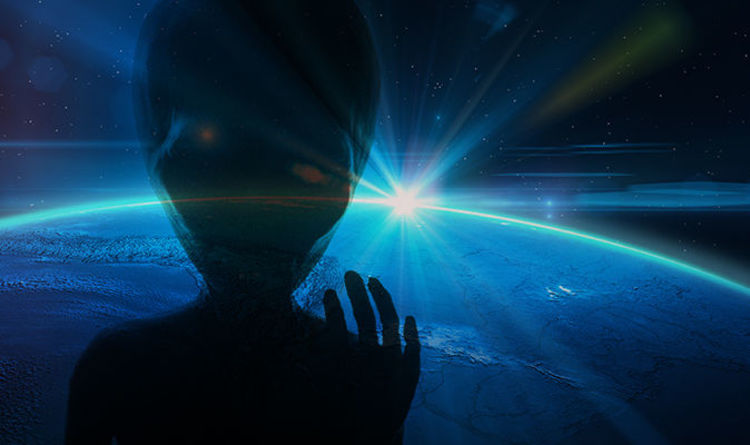 
If aliens are out there, as time passes it will become more difficult to make contact with them until we reach a point where alien will be impossible.

This is because the universe is expanding, and its expansion is only getting quicker.

Astrophysicist Ethan Siegel said: “If a far-future civilisation were to look beyond our own future-galaxy, they’d see… nothing.

“As the universe continues on into the future, all the galaxies that aren’t part of our local group will accelerate away from us, owing to the presence of dark energy.

“By time the universe is an age of 100 billion years or so, the nearest galaxy to us will be about a billion light years away.

“The accelerated expansion of the universe will make us appear that we’re alone in the cosmos.”

The universe expands because of a mysterious substance known as ‘dark energy’ which is believed to be countering the effects of gravity.

But as the universe expands, gravity holding galaxies closer together becomes weaker, meaning that the rate of expansion speeds up.

So when the universe is double its current age, galaxies close to us will be twice as far away.

For this reason, experts believe we have to make contact with aliens in nearby galaxies relatively soon, as eventually galaxies will be so far away from us that it will seem as if we are the only galaxy, let alone the only life-bearing planet, in the universe.