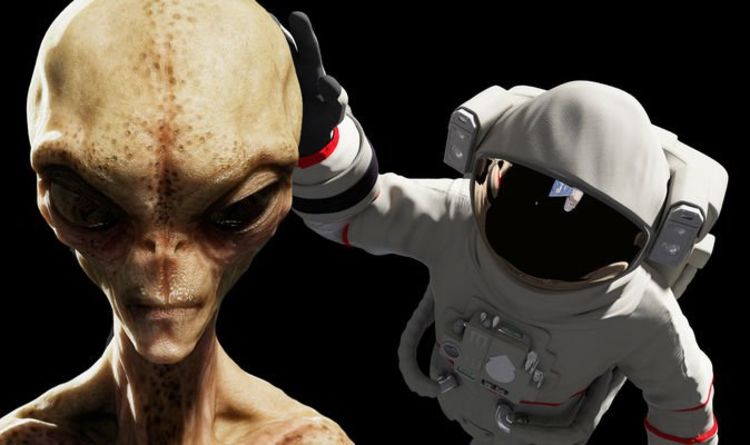 
Alien life in all shapes and size exists somewhere out there in the depths of space, at least according to the Fermi Paradox. The theoretical principal stipulates life has to exist in a universe full of infinite stars and planets, most of which are older than our Earth and solar system. Proposed in the 1970s and named after the physicist Enrico Fermi, the paradox estimates the probability intelligent alien civilisations exist even if we have never seen proof. However, even if evidence of alien life exists somewhere out there in space, odds are humans will destroy it before we even realise.

The unfortunate theory was proposed by theoretical physicist Alexander Berezin from the National Research University of Electronic Technology in Russia.

In a bid to explain the Fermi Paradox or why aliens have not visited the Earth yet, the scientist proposed some hard truths about where he thinks humanity is headed.

According to the scientist’s “First in, last out” proposal, pre-published on arXiv.org, scientists have trivialised the meaning of alien life.

In his opinion, alien life does not have to be a mirror-image of the human-like lifeforms we have grown accustomed to.

READ MORE: What is this ‘foreign object’ photographed by NASA’s Mars Curiosity rover?

He wrote: “The cornerstone of the problem is our model of life in the general case.

“Many proposed solutions take the narrowest definition of Earth-like life and still struggle to come up with any sufficient explanation as to why no life has arisen on any other Earth-like planet, the existence of which seems no longer debated.

“However, such a narrow definition is clearly wrong. Even those organisms descending from one common ancestor with ourselves have proven time and time again that we drastically underestimate to what conditions life is able to adapt.

“And there is no possible way of accounting for all lifeforms that may rise independently throughout the universe.

“Because of that we have to create a definition that is substrate-invariant.”

The physicist argued alien civilisations do not have to be technologically advanced and interstellar in order to matter.

These could be biological lifeforms similar to humans or “rogue AIs that rebel against their creators”.

However, any civilisation that does reach the advanced level of interstellar space travel, will likely fuel the demise of other species to feed its own expansion.

This problem could explain why we have not been visited by aliens yet or why we will eradicate alien life before encounter another species.

However, this does not, however, imply intergalactic genocide but rather an accidental side effect of unchecked expansion.

Dr Berezin wrote: “I am not suggesting that a highly developed civilisation would consciously wipe out other lifeforms.

“Most likely, they simply won’t notice, the same way a construction crew demolishes an anthill to build real estate because they lack incentive to protect it.”

‘Extreme Heat Belt’ to Snare 100 Million Americans in Decades, Scientists Warn : ScienceAlert
For The First Time, Scientists Have Named a Heat Wave. Here’s Why It’s a Big Deal : ScienceAlert
Astronomers Charted The Sun’s Life, And This Is How The Story Ends : ScienceAlert
Clinical Trial Restored Sight to 20 People With Corneas Made From An Unlikely Source : ScienceAlert
Many Cat Lovers Are Giving Their Cats Unwanted Affection, Study Suggests : ScienceAlert