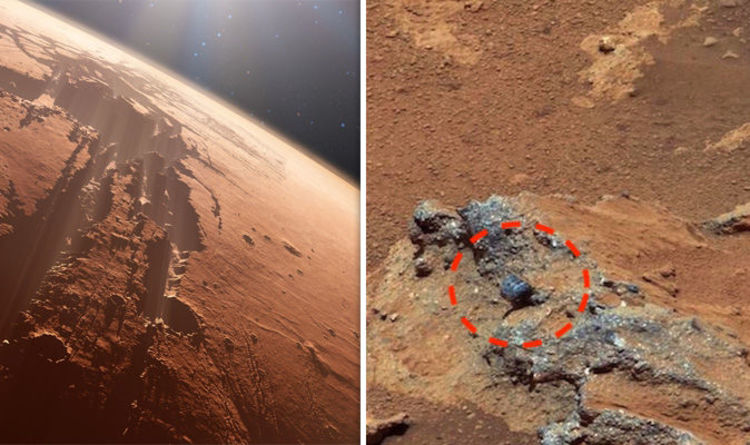 
NASA images show a strange black rock on the surface of Maras, with some claiming it is a fossil and that it is evidence of life elsewhere in cosmos. Alien hunters also claim that it is proof that NASA is trying to “drip feed” the public information at a steady pace as to not cause alarm. Prominent UFO hunter Scott C Waring says that there is “no doubt” the object is a genuine fossil and questioned NASA’s motives for not releasing the information.

Mr Waring wrote on his blog UFO Sightings Daily: “While looking at the front page of the Mars Science Laboratory website, I noticed that they placed a photo with a huge black fossil right on the freaking front page!

“How could anyone who has any experience at ancient fossils and artefacts have even possibly have missed that?

However, sceptics and NASA would say the fossil and other similar findings are just the effects of pareidolia – a psychological phenomenon when the brain tricks the eyes into seeing familiar objects or shapes in patterns or textures such as a rock surface.

This would mean that the Martian ‘fossil’ could just be a misshapen rock.