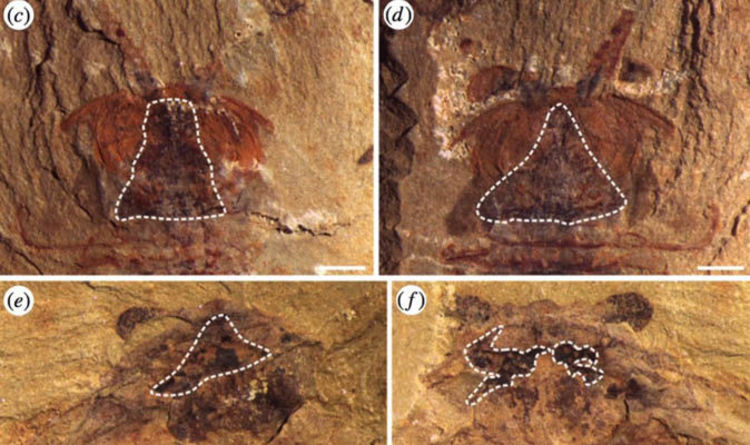 The stunning 520-million-year-old fossil found in Yunnan, southern China, was presented to the world in the journal Proceedings of the Royal Society B: Biological Sciences.

Ancient fossilised creature has quickly caught the interest of scientists and palaeontologists alike who are fiercely debating the new findings.

But what are these spindly and oddly shaped fossils that are baffling the world’s leading fossil authorities?

The creature in question is not alien, but rather a representative of the Fuxianhuia protensa – a Cambrian era fossil arthropod found in China.

Thousand of these fossils have been found over the years, but scientists found the specific Chengjiang fossil Lagerstätte of interest, because it might disprove evidence these arthropods had brains.

Up until now several studies published in 2012, 2014 and 2015, stipulated fossils of the Fuxianhuia contained evident brain outlines.

But lead researcher Jianni Liu, professor at Northwest University in Xi’an, feels her predecessors may have been mistaken.

The study reads: “Accordingly structures in fuxianhuiids, radiodontans and great appendage arthropods have been interpreted as the nervous and cardiovascular systems, including brains, hearts and blood vessels.

LIU J.•PROCEEDINGS OF ROYAL SOCIETY B.

“That such delicate organ systems survive the fossilization process seems remarkable; given that this mode of preservation involves major taphonomic changes, such as flattening, microbial degradation, chemical alteration and replacement.

“Here, we document a range of taphonomic preservation states in numerous articulated individuals of Fuxianhuia protensa.”

Instead the study posed a hypothesis the blobby material previously interpreted as brain matter, is in fact the remnants of fossilised bacteria.

This hypothesis has split the scientific community.

But on the other hand other palaeontologists have underlined the evidence collected so far is incontrovertible.

Peter Van Roy, a paleobiologist at Ghent University in Belgium told LiveScience: “They did not look at the actual specimen that supposedly shows the brain.

“That is quite a major shortcoming.” 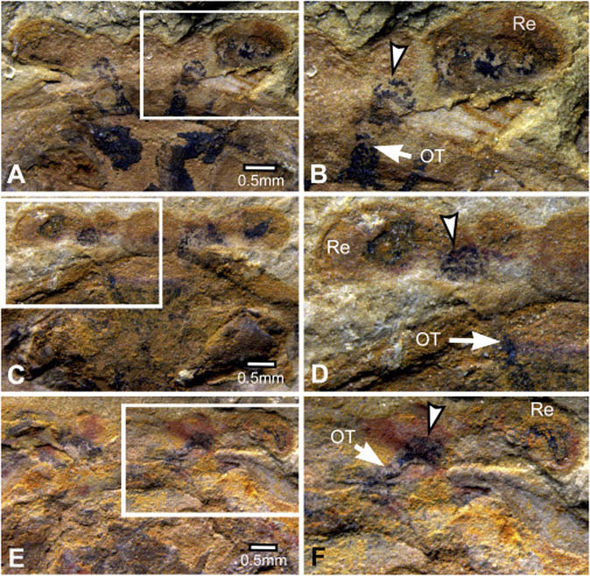 Moreover, scientists have pointed the Chengjiang fossil’s blobs are not symmetrical in nature – a common characterise of the creature’s previous fossil records.

He said: “Fuxianhuia was the first Cambrian fossil to have been argued to preserve nervous system material.

“Criticising the initial study that made the foundations for the paradigm while not rejecting the subsequent studies is problematic, and hence, for that reason alone, the study fails to make a solid claim.” 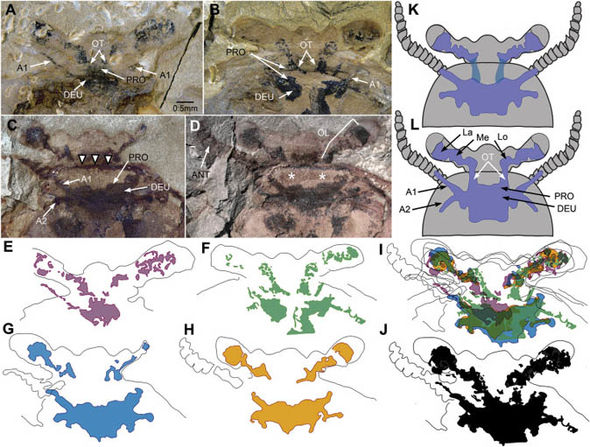 And the presence of brain material in pre-historic fossils is not entirely a new phenomenon. Just two years ago scientists revealed a 133-million-year-old sample of brain material inside a Cretaceous dinosaur’s skull – the first ever fossilised dinosaur brain on record.

Earlier in 2015 scientists claimed to have found seven fossilised brains of the Fuxianhuia in southwestern China.

Palaeontologists argued the arthropods’ very dense brains were able to withstand the powerful geological pressures and time which have eventually turned the brains into fossilised carbon.