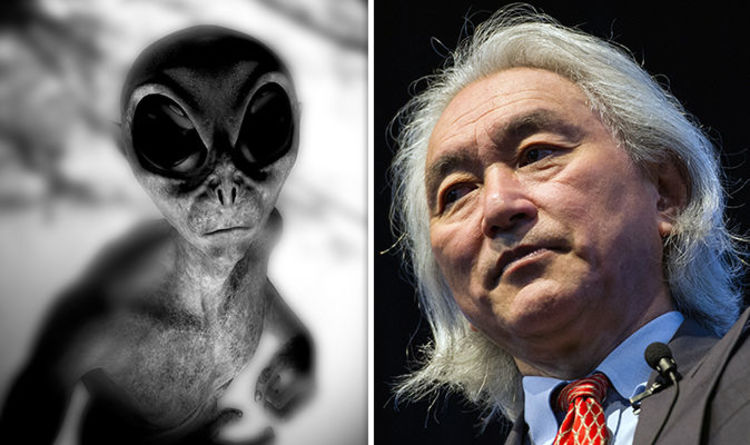 
American theoretical physicist, futurist, and populariser of science, Michio Kaku, thinks humans will detect aliens before 2100 by listening to radio communications, but he does not know if we will be able to talk back to them.

Speaking on an “ask me anything” question and answer session on social media platform Reddit, the futurist answered a Redditor who asked, “Dr Kaku, if we make contact with alien civilisations, then what? And how will we talk to them?”

Dr Kaku replied: “Let me stick my neck out.

“I personally feel that within this century, we will make contact with an alien civilisation, by listening in on their radio communications.

“But talking to them will be difficult, since they could be tens of light years away.

“So, in the meantime, we must decipher their language to understand their level of technology. Are they Type I, II, or III???

“And what are their intentions? Are they expansive and aggressive, or peaceful?”

Types of civilisations represent the three categories in the “Kardashev scale”.

The scale measures a civilisation’s technological advancement based on the amount of energy they are able to use for communication.

Humans are not yet a Type I civilisation because they have not reached a stage of being able to use every ounce of energy on their home planet – which includes solar, thermal, oceanic and more.

Mr Kaku added: “Another possibility is that they land on the White House lawn and announce their existence.

“But I think that is unlikely since we would be like forest animals to them, i.e. not worth communicating with.”

Dr Kaku is not the first renowned scientist to predict that humanity will make contact with alien life.

Stephen Hawking recently said that he is “more convinced than ever that we are not alone” and added that humanity should stop reaching out to aliens before it is too late.

He added: “One day we might receive a signal from a planet like Gliese 832c, but we should be wary of answering back.

Dr Hawking is involved in the Breakthrough Listen project, which will scan planets around the nearest million stars for signs of life within radio signals.

Senior astronomer at the Search for Extra-Terrestrial Intelligence (SETI) Institute, Seth Shostak, has placed a wager that we will find signs of alien life within 20 years.

According to the Drake equation, based on the sheer volume of stars in space it is highly unlikely that we are the only life in the universe.

Scientists are currently focussed on radio waves, which Shostak, Hawking, and Kaku all predict will be where alien contact will come through.

Radiowaves stand out from the naturally occurring background noise in the Universe, which typically extends across a much wider frequency range.

Scientists Create Shapeshifting Humanoid Robot That Can Liquefy And Reform : ScienceAlert
Study of 500,000 Medical Records Links Viruses to Alzheimer’s Again And Again : ScienceAlert
Scans of Mummified ‘Golden Boy’ Reveal He Was Covered in Magical Protections : ScienceAlert
This Physicist Says Electrons Spin in Quantum Physics After All. Here’s Why : ScienceAlert
Newly Discovered Fossil Reveals Hundreds of Teeth ‘Never Seen Before in a Pterosaur’ : ScienceAlert