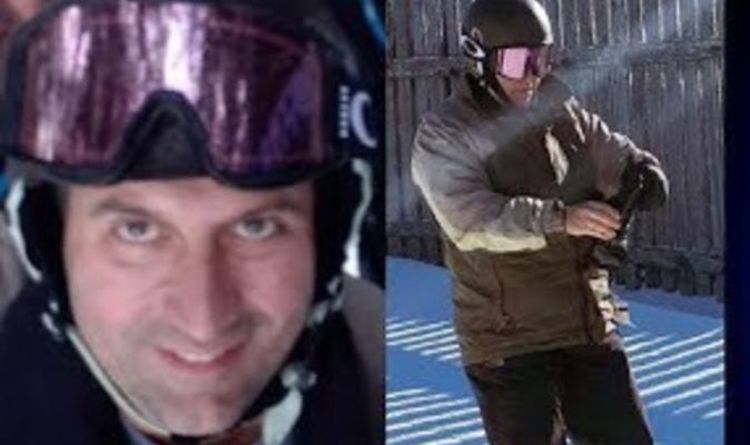 
The married dad-of-two was with a group of fellow firefighters when they lost him as the mountain range was about to close.

There was no trace of him, but his belongings – including his identification documents – were discovered in his lodge, and his car was still in the parking lot.

It led to a huge search operation with hundreds of volunteers, rescue dogs and helicopters scouring the icy terrain, as friends and family feared the worst, Dailystar.co.uk reports.

However, six days later he turned up dazed and confused around 2,824 miles away in California – unable to say how he got there and still wearing his skiing clothes complete with helmet and goggles.

He was otherwise in good health, and his location was discovered after he made a phone call to his wife, who urged him to contact police.

The mysterious circumstances surrounding how he got there has led to speculation among conspiracy theorists that he may have been abducted by aliens or even teleported.

In a video entitled “skier teleported 2,900 miles away from mountain”, YouTube conspiracy theory channel Secureteam10 likened the case to that of Travis Walton – one of the world’s most famous alleged alien abduction victims.

Mr Walton, who was working with a group of loggers in the Apache-Sitgreaves National Forest, Arizona, in November 1975, went missing for five days after a bizarre UFO sighting.

He resurfaced confused – claiming to have been abducted by aliens.

Mr Glockner said: “How does a married firefighter on a mountain suddenly disappear off the face of the planet seemingly then suddenly end up in California?”

Firefighters later revealed Mr Filippidis was found alone and unable to answer questions as to how he got to California.

He did not have a history of mental illness or substance abuse.

Mr Filippidis later said he remembered being in the back of a truck before arriving in Sacramento.

He was still unclear how he got there. Viewers speculated about the case on YouTube.

John Kaitlyn said: “I saw Travis Walton speak a few years ago at the UFO convention in New Mexico.

“He was very normal and extremely believable. I went in to hear his story as a sceptic and I left believing every word he said.”

Another said: “I hope he agrees to be hypnotised to learn the truth of his experience.”

Others were not impressed by the tale.

One said: “Five days later – I would have enough time to get from NY to California.

“Nothing big just a big prank. But I might be wrong.” Kenneth Carpenter said: “Teleportation doesn’t take six days dude.”

Sword Mistaken For Replica Is Actually An Ancient 3,000-Year-Old Weapon : ScienceAlert
Bacteria Can Use Plastic Waste as a Food Source, Which Isn’t as Good as It Sounds : ScienceAlert
Study of 500,000 Medical Records Links Viruses to Alzheimer’s Again And Again : ScienceAlert
One Simple Idea Makes It Much Easier to Manage Your Weight Over Time : ScienceAlert
Scientists Create Shapeshifting Humanoid Robot That Can Liquefy And Reform : ScienceAlert