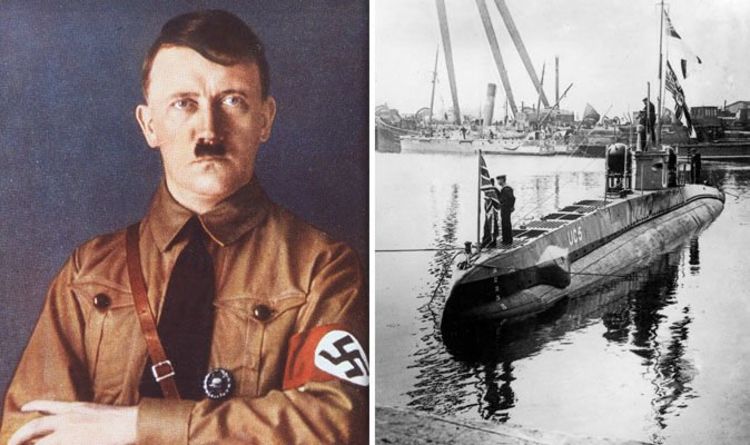 
The US government probed the possibility Adolf Hitler escaped his Berlin bunker in April 30, 1945, according to the documents. The papers, which have been blacked out to protect the identity of officers involved, explore the possibility the Nazi leader made it to South America in a German U-boat two weeks after he reportedly shot himself dead. These submarines described as “black boats”, were believed to have transported a number of Nazi officials to Argentina.

Harry Cooper, who has been researching the rumoured escape for years, says he can piece together 30 years of Hitler’s survival after the war.

He believes Hitler used these vessels to carry out secret missions in order to help transport more Nazi’s across the North Atlantic Ocean.

“They were submarines that did not exist on paper, but they were used for spook work.

“They went on secret missions to South America and our research shows there are still several of them missing.”

However, according to official reports, as the Red Army closed in on central Berlin, the Nazi leader shot himself.

Despite alleged sightings reported to the CIA over the years, French-led investigations suggest he did indeed shoot himself.

Using remains of a jaw bone that had been hidden by the Russian secret service since 1940 suggests Hitler did kill himself.