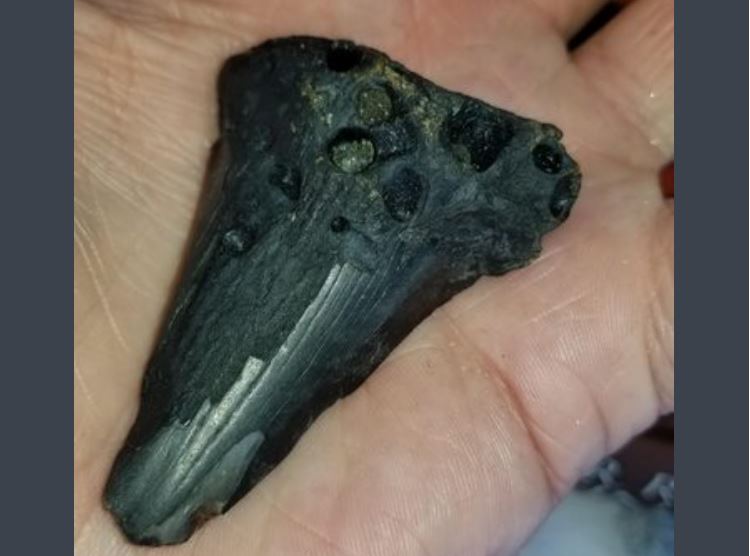 
Hurricane Dorian devastated the Bahamas, flooded parts of the US East Coast and submerged islands in Canada.

The treasure trove of ocean artifacts washing up on the beach is one of the few good things to say about hurricanes. Here we present a compilation of 5 unexpected things that Dorian helped to find:

A couple in Folly Beach, SC located a Civil War-era cannonball that was revealed by the waves and rain brought on by Hurricane Dorian.

According to reports, 16 other cannonballs were unearthed following Hurricane Matthew in 2016.

According to local law enforcement, there have been at least two reports of cocaine being washed ashore in the aftermath of the hurricane, the first in Melbourne’s Paradise Beach Park.

At 8am local time, an officer on foot patrol was informed of a suspicious package by a beachgoer. Testing later confirmed the substance was cocaine and police now plan to dispose of the kilo, a spokesperson has said.

Then, further north, in Cocoa Beach, officers were alerted to an abandoned duffel bag that had been beached in the storms. Inside the bag, law enforcement found 15 bricks of cocaine, which have now been handed to the United States Custom and Border Protection.

and here in Virginia:

I decided to do a little exploring after Hurricane Dorian…this is what I found!!! [Virginia] from r/pics

One of the strangest debris may have been found in Georgia, where a woman reported finding a bottle of human ashes, with a very strange note tucked inside:

“Please don’t open me, my ashes are on a journey. I started at Cumberland Island, so if you see me ashore, please snap a picture, email it & throw me back so I can travel some more.”

Rare Shells Wash Up on Beach After Dorian

A woman found very rare and beautiful sea shells on a Florida Beach. Sea beans drift over from Africa and other locations and can be floating in the Atlantic Ocean for years before making landfall.

“As hurricane Dorian came by our coast, many of the winds were north heading south. But because of the Earth’s rotation, the net transport of water from Dorian would have been towards the beach, and that would bring things that are floating to land on the beach,” Johnson said.

Of the different sea bean varieties, the small white ones known to locals as “sea pearls” are the most rare and Mattingly’s favorite.