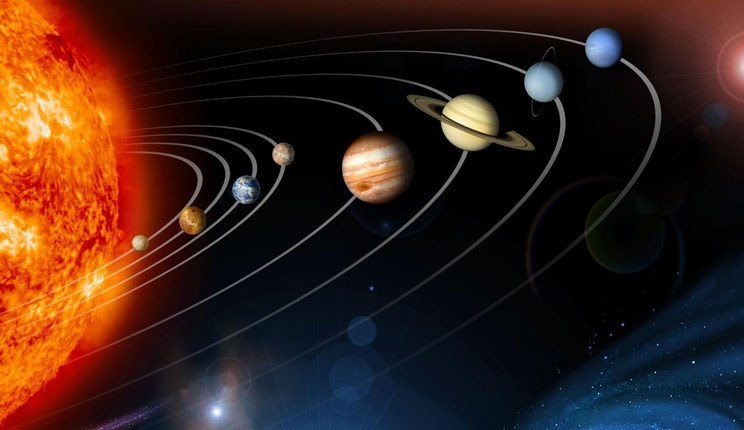 All planets will align on one side of the sun in VERY rare cosmic positioning, what does it mean? It looks like we will witness yet another “apocalyptic” end times scenario in the heavenlies in the coming days. According to a YouTuber that goes by the name MrMBB333, (www.mrmbb333.com) the earth will soon be entering into a “very rare planetary arrangement”. In his video he states that starting on July 19th of 2018, all planets including demoted Pluto, will be sharing one side of the sun. In other words all will be in their orbit in 180 degrees of the sun leaving the other half of the sun as a barren plot of cosmic real-estate. Based on his research on the matter he claims the rare planetary formation has only occurred 6 times in the last 120 years. He goes on to say that in all but one of those occurrences, notable volcanic eruptions and elevated seismic activity has been recorded. If the current volcanic turmoil going on now on our planet is any sign of more to come, this alignment sure is timely if history repeats itself.

We have witnessed a number of moderate to mayor volcanic activity in the past few weeks, many of them deadly. In the US, Hawaii’s Big Island has been quite literally the center of attention being situated precisely at the center of the pacific rim’s Ring of Fire. The Big Island’s Kilauea Volcano has not seized from spewing toxic molten lava from the center of the earth since it began it’s fiery tantrum starting back on May 3rd. It has produced a moderate 5.0 to 5.3 earthquake every day due to a volcanic eruption for the past 2 weeks. One of it’s fissures (#8) has done the bulk of the damage oozing so much lava that it has produced its own 10 story high cone that some believe qualifies it to be its own new volcano.

Other volcanic events have included twin volcanic eruptions on the Galapagos Islands off the coast of Ecuador prompting thousands to evacuate and of course the very deadly and tragic catastrophe caused by Guatemala’s “Volcan de Fuego” that claimed the lives of 332 with that number expected to rise as many are still reported missing.

Adding to this event are two other notable celestial events that are and will be taking place during this window. Mars is currently enveloped in a planet wide dust storm and will actually be the closest in proximity to the earth in 15 years at the exact same date of this year’s noteworthy “blood moon” or lunar eclipse which will be the longest lunar eclipse in a century and will be right over the city of Jerusalem.

In recent weeks we have seen signs of several volcanos waking and showing signs of unrest which gives credence to MrMBB333’s video. He also makes mention to Yellow Stone’s super volcano which many scientists claim to be well overdue for a major eruption which could cause a volcanic winter according to volcanologists and other scientific experts. Could our planet be responding to an unusual and very rare planetary alignment? If you’re marking your calendars the cosmic event will being on July19th and end on September 1st. Many theologians and eschatologists (those who study the last days) ask, Could this all be pointing the beginning of the apocalypse and the end of days as prophesized in the prophetic books of the bible?

Only time will tell…

The Tonga Eruption’s 50 Million Tons of Water Vapor May Warm Earth For Months to Come : ScienceAlert
Amazing New Fossils Provide Earliest Known Traces of The Evolution of Our Jaws And Limbs : ScienceAlert
A Stunning New 3D Model of The Cat’s Eye Nebula May Help Us Solve Its Mysteries : ScienceAlert
Diamond From 660 Kilometers Below Earth’s Surface Reveals a Water-Rich Environment : ScienceAlert
Deep Brain Simulation Could Alleviate OCD When Other Treatments Have Failed : ScienceAlert