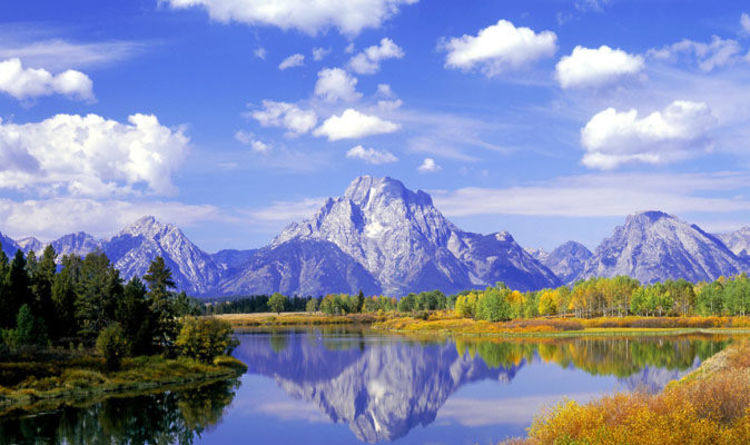 
The giant crack in the Wyoming–based national park has prompted officials to shut down areas from tourists in case of landslides.

The Grand Teton National Park said in a statement: “The Hidden Falls and Inspiration Point areas are currently closed due to elevated potential for rockfall.

“The area was closed to protect human safety on July 10 after expanding cracks in a rock buttress were detected.

“It is unknown how long the closure will be in effect. Geologists are monitoring the buttress for movement and have initiated a risk assessment for the area.”

It is currently unclear how the crack opened but it is likely due to normal seismic activity in the national park area.

If it was seismic activity beneath Grand Teton which caused the fissure, it could be a sign that Yellowstone is reawakening.

A Weird Blob of Hot Gas Is Whizzing Around Sagittarius A* With ‘Mind-Blowing Velocity’ : ScienceAlert
Scientists Don’t Know What to Do With This Weird ‘Blue Goo’ Ocean Organism : ScienceAlert
REM Sleep May Exist to Heat Your Brain Up From The Inside : ScienceAlert
How Many Ants Live on Earth? Scientists Came Up With an Answer : ScienceAlert
Engineers Gave a Car a Pair of Eyes to Make Future Roads Safer For Pedestrians : ScienceAlert